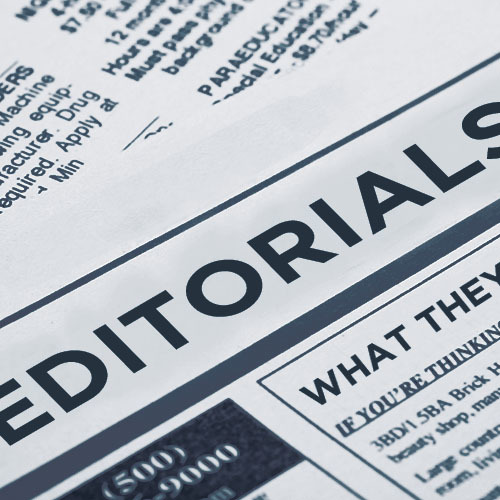 Last week Duracell announced it was closing a plant, putting potentially hundreds of people out of work — in South Carolina.

Unfortunate for the people of Lancaster, but the move will provide a benefit locally as production will shift from that plant to our local facility. That could mean hundreds of new jobs here.

Duracell also cited room for expansion at the LaGrange site for its decision to move production down here. That also means the possibility of more development, more infrastructure and more utility sales.

It’s the latest in a string of good news, development-wise, to come to LaGrange. The most significant of which is the Great Wolf Lodge and Resort.

The huge facility, at 93,000 square feet, is set to be built on Whitesville Road at Interstate 85. And it has already paid some dividends with a 500-acre outlet mall announced across the street. Both will take a couple of years to develop — and the outlet mall isn’t set in stone, but it may very well be the first of many to come.

Where Great Wolf has gone in the past, more stores and development have followed. Its importance cannot be understated.

However, it’s easy to be cautious about such claims. When Kia Motors Manufacturing Georgia was announced a decade ago, similar promises were made and multiple developments proposed. The vast majority didn’t happen.

Whether it was over-hyped expectation, the loss of potential residents and workers to more developed surrounding areas like Newnan and Auburn, or a byproduct of the sudden crash in the housing market, it certainly left a bad taste in people’s mouths.

Great Wolf has different potential because it’s not just going to create new jobs, but its purpose is to draw people — an estimated 285,000 to about 330,000 annually — to the area to spend money. Those are millions in extra tax dollars.

Where LaGrange has failed to attract big name stores in the past due to its size, Great Wolf provides leverage. A business doesn’t need to depend on having enough residents nearby to patronize it if it’s positioned near a spot drawing hundreds of thousands of potential customers every year.

We’ve learned to be cautious, and as the old saying goes, “Never count your eggs before they hatch.” But right now, when held up to the light, they seem to be kicking. Let’s hope things keep going that way.

OUR VIEW: Be weather aware again on Wednesday — just in case