‘Star Wars’ to show at Sweetland 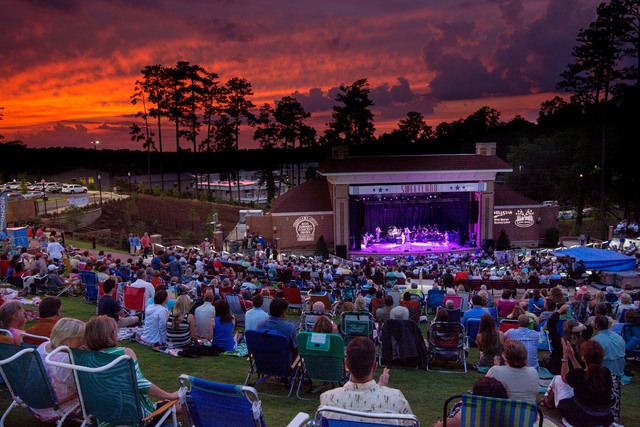 LaGRANGE — LaGrange College is sponsoring its continuing series “Sunsets at Sweetland” featuring live music and a screening of the 2015 blockbuster “Star Wars: The Force Awakens” on Friday at Sweetland Amphitheatre.

The event is free and open to the public, and people are invited to bring coolers and food. Gate open at 6:30 p.m., music begins at 7 p.m. and the film begins at dusk. Refreshments and limited concessions will also be sold.

The film is set 30 years after the defeat of the Galactic Empire — as shown in 1983’s “Return of the Jedi” — and the galaxy faces a new threat from the evil Kylo Ren (Adam Driver) and the First Order, according to the plot’s summary. When a defector named Finn crash lands on a desert planet, he meets Rey (Daisy Ridley), a tough scavenger whose droid contains a top-secret map. Together, the young duo joins forces with Han Solo (Harrison Ford) to make sure the Resistance receives the intelligence concerning the whereabouts of Luke Skywalker (Mark Hamill), the last of the Jedi Knights.

Film critic Justin Chang of Variety magazine said the film was “by any measure a rousing, even restorative seventh chapter in the immortal space-opera saga established and now relinquished by George Lucas.”

Before the film, The Alcotts, an indie alternative duo, will take the stage for a musical performance.

Patrons and families are encouraged to bring a picnic or carryout from downtown eateries, along with blankets and low-sitting folding chairs. Adirondack chairs will be available on a first-come, first served basis.

“MJ Live brings their high-energy and authentic Michael Jackson tribute show to Sweetland Amphitheatre, and with it, the energy, excitement, spectacle and pure joy of this legendary superstar and his music,” a statement from the amphitheatre said.

The Stooges Brass Band, a New Orleans-style band, will open for MJ Live. Saturday’s event is by ticket only. Tickets may be purchased online by visiting www.sweetland.events.

A crowd watches a performance at Sweetland Amphitheatre on June 20. The amphitheater will host a free, public movie screening and concert beginning 7 p.m. Friday.