Troup supporters get a look at team 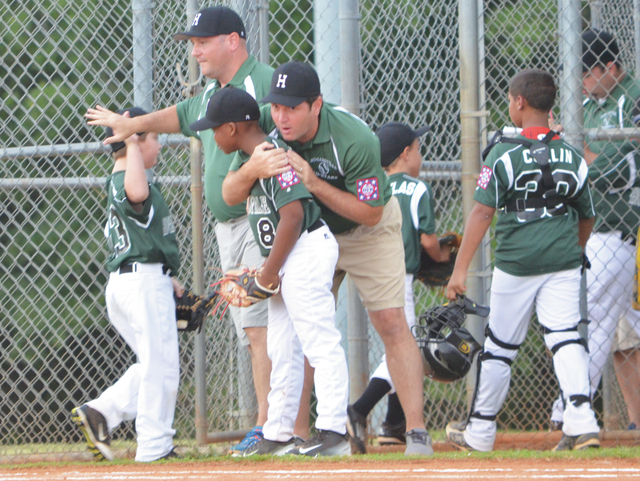 LAGRANGE – The first ever “lift-a-thon” is in the books.

On Sunday evening, the Troup High football players convened in the school’s gymnasium to show their parents and other well-wishers how far they’ve come over the past year.

Since taking over as head coach last year, Tanner Glisson has put a major emphasis on the program’s strength program, and he wanted the public to get a look at the progress the players have made.

So he set up a “lift-a-thon,” where the players went through their weight-lifting routines, and that went on for about an hour before a nice crowd.

Glisson then gathered the team together and introduced the varsity players and coaches to the crowd.

Troup will play a preseason game on Aug. 12 at Harris County before opening the regular season on Aug. 19 at Hardaway.

“We got to a point where we were a lot better than we were last year. I think you saw that in the spring,” Glisson said. “I think we can get better. We need to keep pushing.”

As Glisson went down the line introducing the players, he talked about how much improvement each one of them has made in the strength department.

“It’s really an aggressive system, and we see improvements every single week,” Glisson said. “And you have to be smart.”

In Glisson’s first season, the Tigers struggled and posted a 1-9 record, and they’ve been working hard over the past nine months getting ready for the current campaign.

Paul Brewer, who is coaching the quarterbacks this season, said “we’ve done a whole bunch of good work.”

“We’re just ready to get started, and get this bad taste out of our mouth,” Brewer added. “We’ve done a lot of work this summer, and I think we’re going to surprise a lot of people when we take the field.”

Tori Smith, a new member of the coaching staff, said he sees a program “on the rise.”

“We’re teaching the kids the right way,” said Smith, who came to Troup from Harris County. “They’re working together. They have high morals and character, and I believe the sky’s the limit for this group.”

Another newcomer to the coaching staff is J.C. Copeland, although he’s hardly a stranger at Troup.

Copeland was a standout player at Troup, and he went on to play for four seasons at LSU.

“I like the direction we’re going,” Copeland said. “It’s going to be a big difference from last year.”

Tripp Busby was around the team late in the 2015 season, although he’d yet to officially join the coaching staff.

Now he is a full-time member of the staff, and he’s impressed with what he’s seen.

“We’re getting a lot tougher,” Busby said. “We’re going to surprise a lot of people.”