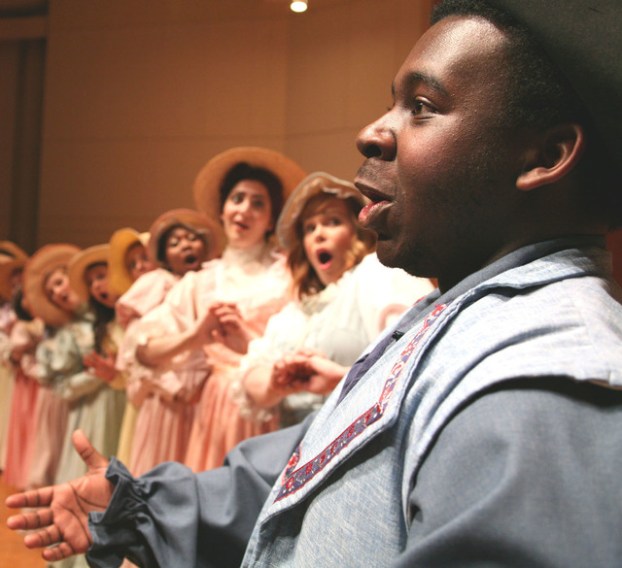 “The first time I ever sang was a Christmas program at First Baptist Church in LaGrange when I was about 6, 7, 8 years old, I think,” he said. “… Once I really got the chance to try it, (the love of singing) was almost instant.”

Since then he’s had countless teachers and mentors who’ve helped shape his voice over the years, and is thankful to all of them.

Those years of instruction paid off last month when the LaGrange High School graduate won a national competition in Chicago. He took top honors in a musical theater category and was a national semifinalist in the Hall Johnson spirituals division competition sponsored by the National Association of Teachers of Singing.

“It was nerve-wracking,” Smith said. “You think about being at the national level, at a major competition. The national level is a pretty big deal. I will say, though, the competitors … were all supportive of each other. “

Going in to the competition, Smith said he stayed optimistic, but didn’t focus on winning.

“You have to be in a certain mindset to do your best and not walk in thinking you’re going to win, but have a positive mindset to do the absolute best while you’re there,” he said.

After his final performance, all competitors gathered in a ballroom to hear the results. As they called out the third and second place winners, Smith realized — before his name was even called — he had taken first place in the category.

“It was — you’re just kind of overcome with joy,” he said. “You want to win, but almost don’t expect to.”

Toni Anderson, Smith’s voice teacher and director of the music program at the college, accompanied him to the competition.

“Jalen loves the stage, and it shows,” she said. “Winning at the national level is just one more affirmation of his incredible talent, which our community has enjoyed for many years.”

Smith credited Anderson and the college in general for helping him get to the competition, both through promoting his talent and providing the resources to get there.

Josh Roberts, LaGrange College band director, is another one of Smith’s music instructors.

“He’s a joy to work with and a super-talented guy,” he said of the singer. “… It’s a big deal to win in a national competition. … He’s got a great future ahead of him.”

Roberts noted that Smith had “many irons in the fire,” being involved in choir, band and theater.

A music major at the college, Smith doesn’t plan to stop performing.

“The thing about singing is that in order to move an audience, you have to put part of yourself into it,” he said. “It makes it real too, because it makes you vulnerable and connect with the audience. That’s part of what makes me really love it.”

A press release from LaGrange College contributed to this report.

‘He was my best friend’

LaGRANGE — There were no secrets between LaGrange Police Officer Joshua Clower and his K9 partner, “Deek.” “Over the last... read more