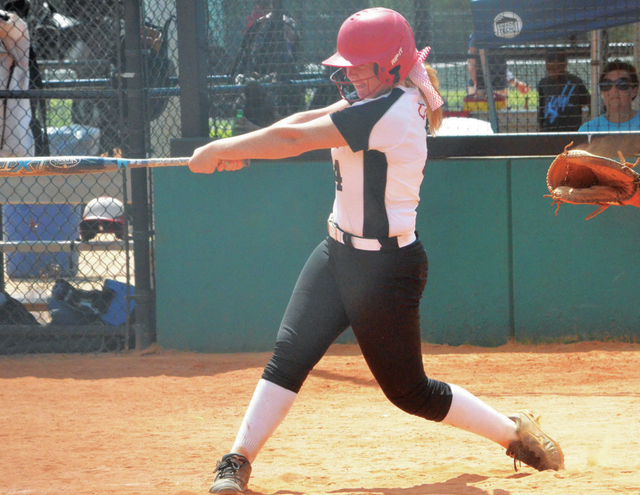 With the start of a new season just a few days away, the Callaway High softball team took a break from its normal practice routine to play a preseason game at Norcross on Thursday.

It went well for the Lady Cavaliers, who banged out 19 hits in six innings on the way to a 15-10 victory.

The action was postponed in the sixth inning when lightning was spotted in the area, and the decision was made to call the game at that point.

“We had a good day offensively,” Callaway coach Ashley Summerlin said. “Norcross has a pretty good team. They’ve got some girls that can hit it. But the fact is, we threw it and caught it better than they did.”

One of the team’s veterans, junior Skylar Rice, led the offensive effort with four hits, Lydia Bartlett and Oeisha Jenkins both had three hits, and KeKe Talley, Kourtney Greer and Jasmine Dukes each had two hits.

Jenkins, who is coming off an exceptional freshman season, was the starting pitcher and she went five innings, and Rice was on the mound in the sixth inning when the game was called.

“We’ve got to get better on the mound. We walked too many people,” Summerlin said. “But our pitchers battled and competed. So I was really pleased with what we did today.”

The LaGrange High softball team had a preseason game at Brookstone on Friday, and it held an intra-squad scrimmage on Thursday where the junior-varsity players took on the varsity players.

The Troup Lady Tigers, who scrimmaged against Callaway last week, did not have a preseason game this week.

The regular season gets under way next week, and there will be plenty of county showdowns on tap.

The season gets started on Tuesday with Callaway hosting Troup, with the junior-varsity game beginning at 4 p.m. and the varsity game to follow.

On Thursday, LaGrange will start its season with a home game against Central-Carroll, Callaway will be at home against Sandy Creek, and Troup will host Chapel Hill.

On Saturday, Callaway will be at home against LaGrange and Troup.