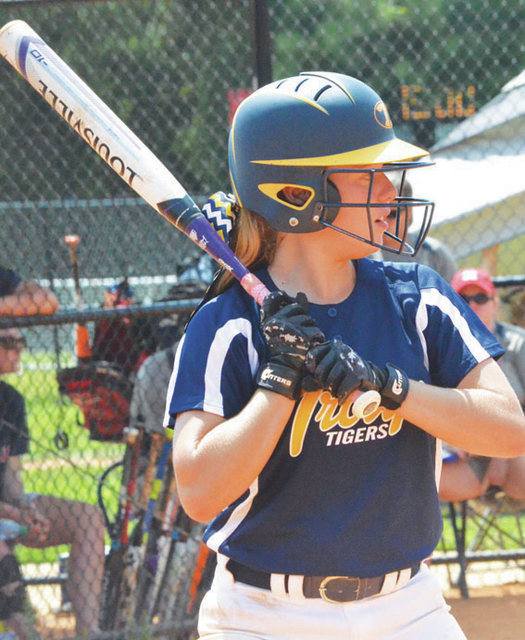 LAGRANGE – It’s a different sort of August for Libby Wheeler.

Since she was in the eighth grade, the early days of August have marked the beginning of softball season for Wheeler, who was a four-year starter for the Troup Lady Tigers.

For Wheeler, those days are over, and there are new horizons to explore, and different challenges to meet.

Wheeler, who was a multi-sport athlete at Troup and one of the school’s most outstanding students, is set to begin her freshman year at Duke University.

Wheeler will still be involved in sports.

She plans on being active in intra-mural sports, she’ll be a regular attendee at athletic events on the campus, and she’ll be starting a job with the football department when she arrives in Durham, N.C. later this month.

“That’s the first job I applied for, and I was so excited,” Wheeler said. “I’ll get to go to every game, be around all the excitement.”

Wheeler leaves behind a legacy of excellence at Troup High, and not just on the athletic field, although she accomplished plenty in that arena, particularly in softball where she enjoyed so much success.

In February, Wheeler was selected as Troup High’s STAR Student, and that’s based on what she did in the class room and as a student leader.

Wheeler was involved in multiple organizations, she earned numerous academic honors and had a 4.0 grade point average, she was a writer, a speaker, a student leader, she was the runner-up in the Miss Troup High contest, and she was an active volunteer in the community.

One of the places Wheeler served as a volunteer was the Harmony House, which provides a shelter for domestic-violence victims, and she said that was a particularly meaningful and eye-opening experience.

“Going to the Harmony House definitely gave me an idea of what I wanted to do, how I wanted to help people,” Wheeler said. “Meeting those women, and helping them and realizing how difficult their life has been, I wanted to do more for them. It hit close to home.”

Sports was a big part of Wheeler’s life during her four years as a Troup student.

During her first two school years at Troup, she played three sports, softball, basketball and golf.

That got to be too much, so as much as she enjoyed being a part of the basketball team, she gave that sport up following her sophomore season.

Wheeler continued to play softball and golf, and she enjoyed team and individual success in both sports.

During her junior and senior seasons, she helped the softball team reach the state playoffs, and last spring, she was a member of the golf team that finished second in the region tournament.

She played it growing up, and when she arrived at Troup as a freshman in 2012, she stepped right into the lineup, and she remained there until her prep career came to a close with a loss in the in the first round of the state playoffs last fall.

Wheeler loved being a part of the Troup softball team, and she’ll always treasure those memories, even the times when she was studying on the bus rides back home from away games.

“It was definitely some late nights,” she said. “A good many times I was on the bus doing homework.”

Wheeler added that “softball was a really good outlet. It was good to hang out, be with my friends.”

Reflecting on her time at Troup, Wheeler is glad she put so much on her plate, even if that meant free time was a concept she wasn’t familiar with.

Wheeler feels the challenges she faced over the past four years will help her at Duke.

“I’m kind of glad I took on so much,” she said. “I think it’ll help prepare for college.”

Wheeler is eager to begin her college journey and become a part of the campus life at her new school.

Former Troup High softball standout Libby Wheeler is about to begin her freshman year as a student at Duke University. Contributed photo

http://lagrangenews.com/wp-content/uploads/sites/37/2016/08/web1_Wheeler1.jpgFormer Troup High softball standout Libby Wheeler is about to begin her freshman year as a student at Duke University. Contributed photo