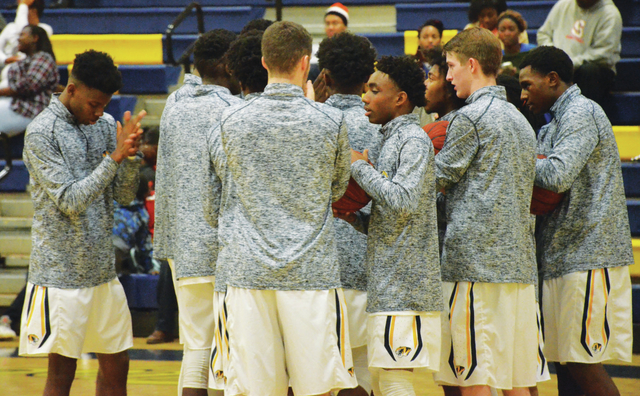 It has been a productive seven months for the Troup Tigers, who have fully committed to head coach Tanner Glisson’s offseason workout program that began in January.

Glisson believes it’ll be a much-improved team that takes the field this season, and the players will get a chance to prove that soon enough.

Troup will play a preseason game at Harris County on Friday at 7:30 p.m., and it will open the season on Aug. 19 at Hardaway.

“The biggest thing is, we want to figure out where are we?,” said Glisson, who is entering his second season as Troup’s head coach. “We have worked so hard since January. That’s seven, eight months, and you need to kind of see where you are. We absolutely know we’re better, but we don’t know how much better.”

Troup went 1-9 last season, and it avoided a winless season by beating Whitewater in the season finale.

When the season ended, Glisson put his offseason strength and conditioning regimen in place, and he said the players have done a great job of buying into it.

As for Friday’s game, Glisson said there will be no limitations in the first half.

“It’ll be live,” Glisson said. “It’ll be just like a regular game with special teams and everything. The second half, we’ll start substituting, and the special teams are going to be dead.”

It’ll be an opportunity for Troup’s inexperienced players to get a taste of varsity football before things get started for real next week.

“We’re going to start five linemen at five different positions on Friday then they’ve ever played before,” Glisson said. “With our defense, in our first rotation we’re going to play 17 guys who’ve never started before.”

Glisson said Friday will give all of the players an opportunity to adjust to the physical demands of the game.

“You think you’re in good shape. But you could be in good condition, and not football shape,” Glisson said. “Football shape is making tackles, getting off the ground, having to run a play in 25 seconds. That’s important to see where we are with that.”

Harris County, which is led by first-year head coach Zac Howard, is also looking to bounce back from a difficult season.

Harris County went 2-8, and it lost its final four games to miss the playoffs.

Harris County beat Troup 38-13 for one of its two wins.