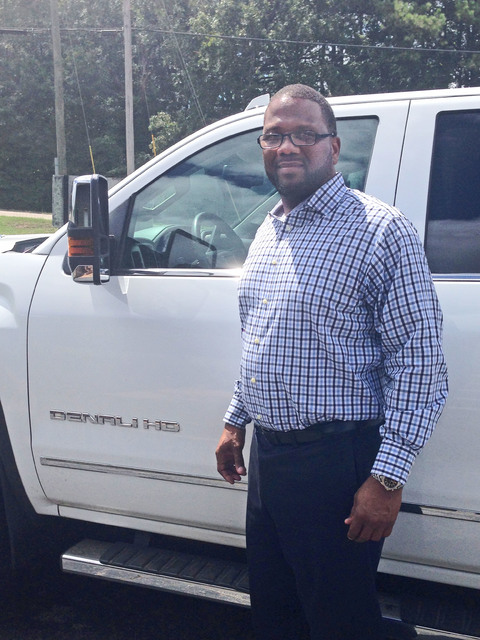 LaGRANGE — The air is thick with the scent of fresh asphalt on Old Pyne Road as a large dump truck climbs the hill with another load while the workers from Troup Hauling hurry to smooth the previous batch on the road for a maintenance project.

“Those guys work hard, and are a blessing to this community,” said Kevin Henderson, president of Troup Hauling Company LLC, of his employees. “The asphalt itself is 300 degrees on top of this 100 degree heat. … This is a hard job.”

Henderson emphasized his pride in his employees and the contributions that Troup Hauling makes to the community with their work.

“I’m living here. I’m contributing greatly with the infrastructure here,” he said. “Troup Hauling is very active in the growth of LaGrange and Troup County, I would say. We do the roads. We do local construction. We’re doing the Pegasus Parkway extension here … helping out with the development of the city. And that’s a great feeling, to live and work in a place that you see growth.”

Troup Hauling has been around for about three and a half years and has done projects in Troup County and the surrounding area in that time, including several projects for the state of Georgia. But all of it started with just one truck.

“I was in the Army,” said Henderson. “While overseas, my dad worked here in LaGrange, and he was a truck driver. So I thought it would be a good gift to him to buy him a truck, so I bought him a dump truck.”

When he came home, Henderson worked with his father. Then his neighbor decided to sell his company. Henderson brought the idea to a partner who also had dump trucks.

“You know, we were just a small operation at the time,” he said. “And we decided that it would be a great venture for us to combine the two companies and become the one, which became Troup Hauling.”

Each week, we’ll stop by one local business and learn a little more about them for the Business Spotlight feature. If you have any suggestions for a spotlight, contact editor Matthew Strother at mstrother@civitasmedia.com.