Callaway moves to 2-0 with win over Sandy Creek 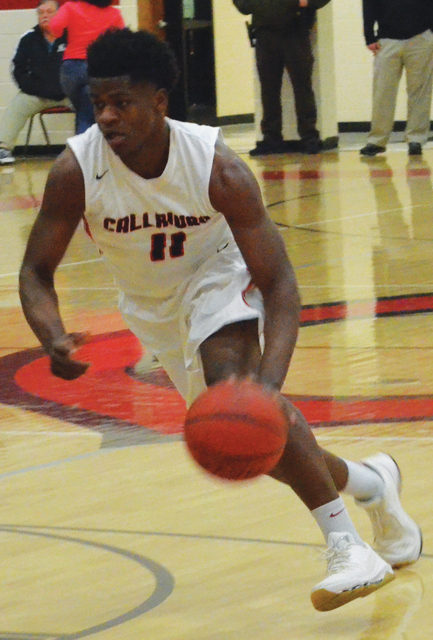 HOGANSVILLE – It’s two up and two down for the Callaway Lady Cavaliers.

After opening the season with a dramatic 7-6 win over Troup on Tuesday, Callaway’s softball team returned to its home field and beat Sandy Creek 10-2 on Thursday in a game that ended after five innings because of the run rule.

Callaway exploded for five runs in the bottom of the first inning, and that was plenty of support for junior Skylar Rice, who pitched the five-inning complete game.

It was Rice’s first pitching appearance of the regular season, although she did throw in two preseason games.

“Every time she pitches, she gets better and better,” Callaway coach Ashley Summerlin said of Rice. “We talk about that everytime we come out here, let’s take a step forward. And she does that every time. She pitched against Troup and she was OK. And then she pitched against Norcross and she did better. And today, she did a lot better. By the time we get to region, we’ll have two quality pitchers to go out there and throw.”

After Sandy Creek scored a single run in the top of the first inning, Callaway came right back with five runs in the bottom of the inning.

Callaway added two runs in the second inning, one run in the third, and two more in the fourth inning to build an eight-run lead.

Sandy Creek needed to score at least one run in the fifth inning to keep the game going, but it was unable to do so.

Kourtney Greer had a pair of hits for Callaway, including a two-run single in the bottom of the fourth that extended the lead to eight.

Lydia Bartlett, who Summerlin said is “about as hot as anybody we’ve got right now,” had three hits, including two doubles, and she scored three runs.

Callaway will look to stay hot on Saturday when it hosts LaGrange and Troup.

“We’re improving every day, and that’s what we’ve got to do to get ready for region,” Summerlin said.