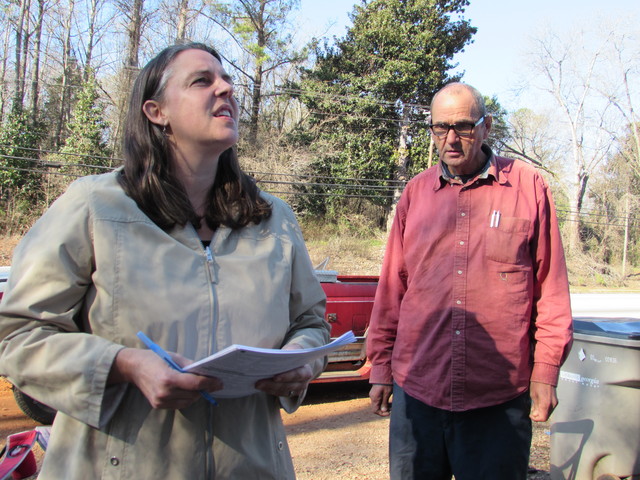 The nonprofit organization’s board of directors said they have formed a transition team to find a replacement for David, who resigned from her post on Aug. 9. In a statement emailed to the Daily News, board members said they are searching for a volunteer director.

“We recognize Jessica for her two years of stewardship with Emmaus House,” stated Denná Muncy, president of the Emmaus Center board of directors. “Her contributions have been greatly appreciated and we want to wish her well in her future endeavors. We cannot thank Jessica enough for her innovation, her dynamism and her unflagging devotion to the homeless.”

David’s resignation came shortly after a meeting among the newly appointed Emmaus Center board of directors.

Muncy said the board, minus David, met to discuss the future of the Emmaus Center on Aug. 5. They also discussed David remaining as head of the organization.

According to Muncy, at that meeting the majority of board members voted “no confidence” in David as executive director. David would have been asked to resign by the board in person during an emergency meeting on Friday. Instead, Muncy received David’s resignation letter a few days before that meeting.

Shirley Andrews, David’s mother and one of the founding members of the Emmaus Shelter, now known as the Emmaus Center, is also on the board of directors. She was not present for the vote but was at the meeting on Friday.

Andrews did not know removing David as executive director was going to be discussed on Aug. 5 or that the board took a vote, she stated.

Andrews brought David in as the executive director, along with the board members at that time, in August 2014. David was already volunteering with the Emmaus Shelter before taking the position.

She expanded the organization’s mission to include a shelter for men, one for families and a warming center during the harsh winter temperatures, Andrews stated. David also garnered funds from various events and the Callaway Foundation to keep the agency running and open a resale boutique, called Emma’s Attic 2, at 206 Broome St. Almost all the proceeds benefit the Emmaus organization.

Muncy said the board of directors hoped to further David’s vision and continue helping homeless within the community.

“Emmaus House is a strong and integral part of this community, and as board members, we know well the valuable contribution it makes on behalf of the homeless,” she stated. “We are fortunate that Emmaus House has an extraordinarily dedicated team who will continue the mission and vision with the highest of quality as we seek a new executive director.

” … Emmaus House’s best days are still ahead,” Muncy continued. “Emmaus House’s mission has always been to provide refuge, restoration and reintegration to the homeless. … We are eager to see what the future brings as we move forward, energized in our mission.”

Muncy said in addition to hiring a new executive director, the board will also build a leadership team.

David did not reveal what her next steps will be, but in a written statement to the LaGrange Daily News on Friday, she said she is not worried about the future.

“The new board is passionate about keeping Emmaus going without its founders. God is in charge. God’s not surprised. He’s not having an emergency session. He knows the plans he has (for me),” she wrote. “I just need to cooperate and stay faithful. We will keep our hope in faith. … I tried to do too much for too many people and couldn’t pull it all off. This is going to be a great testimony one day.”

In this January 2015 file photo, Jessica David speaks with people during the Georgia’s Point in Time survey to count people in need in Troup County. David resigned from her position as executive director of Emmaus Center on Aug. 9. The board of directors said they are actively searching for a new director.

http://lagrangenews.com/wp-content/uploads/sites/37/2016/08/web1_Jessica5-1.jpgIn this January 2015 file photo, Jessica David speaks with people during the Georgia’s Point in Time survey to count people in need in Troup County. David resigned from her position as executive director of Emmaus Center on Aug. 9. The board of directors said they are actively searching for a new director.