LaGrange has big day at the plate 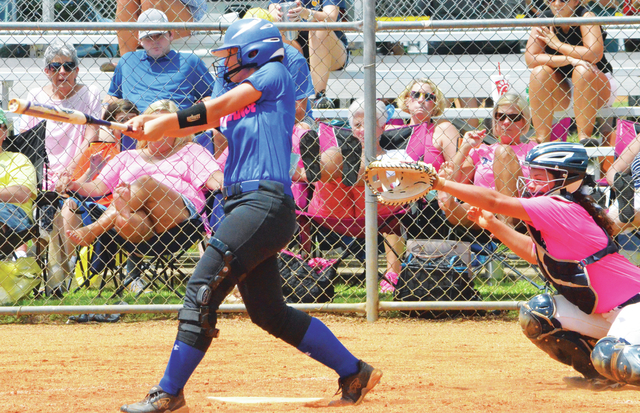 HOGANSVILLE – They had the bats working.

The LaGrange Lady Grangers came into Saturday’s games against Callaway and Troup having scored just four runs in their first two regular-season games.

LaGrange broke out in a big way on Saturday, though, scoring a combined 16 runs in the two games in the “Hope for a Day” softball event at Callaway High.

LaGrange began the day by blanking Callaway 10-0, and it followed that up with a 9-6 loss to Troup.

“Coming off of Thursday (a 4-2 loss to Central-Carroll) we had quite a few strikeouts and were not putting the ball in play,” LaGrange coach Gabby Heath said. “We came out here and made adjustments.”

In Saturday’s opening game, it was a complete performance for LaGrange.

Senior McLain Skinner was terrific on the mound, holding a strong Callaway lineup to zero runs and three hits.

At the plate, LaGrange banged out 15 hits and scored multiple runs in three different innings.

Lauren Kuerzi had a huge game with four hits, including a two-run home run in the first inning that helped LaGrange get off to a quick start.

Te’a Winston did a lot of damage for LaGrange with four hits from the leadoff position, and she scored three runs.

Shaq Sutton also had two hits, and Destiny Fitzpatrick was on base three times with two runs scored.

In the Troup game, LaGrange had 14 more hits, although that only translated into six runs.

Winston once again did the job from the top of the lineup with three hits and two runs scored.

Kuerzi, Katelyn Hill and Sutton each had two hits, and Zykeria Brewer had a hit.

One player who put in a great day’s work was Sutton, who not only contributed at the plate, but played catcher in both games, and that was a challenge considering how hot it was.

“She did it without any complaint, and did a good job out there,” Heath said. “I don’t know if she had a passed ball.”

LaGrange will return to region play on Tuesday with a game at Cedartown before hosting Heard County on Thursday.

LaGrange will then play five games in the Callaway Classic on Friday and Saturday at Shuford Fields.