Cavaliers look to keep it rolling 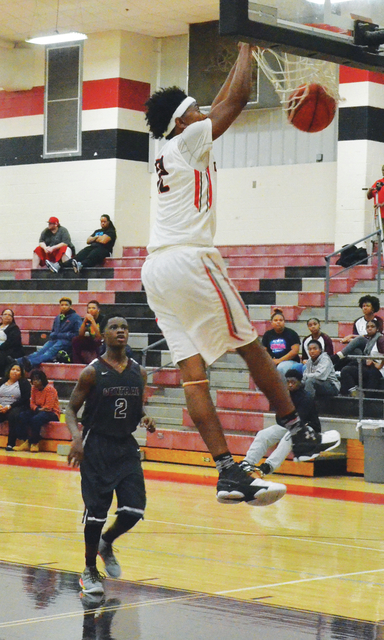 HOGANSVILLE – If you’re the University of Alabama, you can establish an offensive identity and a way of doing things, and you go out and find players to fit that system.

In high school (for the most part), it doesn’t work that way.

Players arrive at the school, and the coaches figure out the best way to utilitize them, and they adjust the system accordingly.

While what Callaway does offensively under Napier doesn’t change radically from year to year, he knows he has to adapt according to who is on the team, most notably who is playing quarterback.

“You have to base your offense on what kind of player you’ve got,” Napier said. “But within the system, you can adapt it. That’s one thing we take pride in. We’ve had some years with Tez Parks where we ran the option all night long. You can’t stop it. If we don’t necessarily have that type of guy at quarterback, then we’re a power I football team with play action. Within the system, there’s a lot of things you can do to be able to put the guys that can play in the right position.”

It is an offensive system that has produced major results over the years.

A lot of that success is attributable to an offense under Napier that puts up big numbers year after year, even as the names change.

As for this year’s offense, there’s plenty to work with.

Callaway does have to replace all-state running back Cedric Maynard who had nearly 2,500 yards for last year’s team that went 10-2.

In last week’s preseason game against Northside, though, junior DJ Atkins showed he has the ability to make big plays as well with two long scoring runs.

“They have the talent, and they’ve worked hard,” Napier said of Atkins and the other running backs. “We’ve put in a lot of time with those guys in the weight room and camp, and just the repitition over and over again.”

In Napier’s option offense, the fullback is oftentimes a weapon, and that’ll be the case again this year.

Senior Jibrell Jackson, who also plays linebacker, is a load.

Napier has had some outstanding quarterbacks over the past decade or so, and this year won’t be an exception.

Dylan Johnson started at quarterback against Northside, but he injured his hand in the first half and didn’t return.

Johnson, a senior, has been Callaway’s quarterback on an off since his sophomore season, usually when he’s filling in for an injured player.

He filled in for Terry Godwin in 2014, and he moved to quarterback last year when Braylon Sanders was unable to go.

“You think about the years he’s played, and the big games he’s played in, even back to his sophomore year,” Napier said of Johnson. “He’s got a lot of experience behind center.”

Sanders, also a senior, is being recruited as a wide receiver, and he had a touchdown catch against Northside.

Sanders began the 2015 season as a quarterback, and he was playing well until he suffered an injury that kept him out for about a month.

If Johnson is unable to go Friday, Sanders will slot back into the quarterback spot.

While lined up at quarterback, Sanders had a 36-yard touchdown run against Northside as he glided down the left sideline and left the defenders futilely trying to catch him.

“You saw how explosive he is,” Napier said. “You watch that film over and over again, and he’s running by people. It’s effortless speed.”

If Sanders moves to quarterback, Courtney Williams and DQ Wilkerson will be Callaway’s primary threats at the wide-receiver position.

“Those two guys are really good players for us,” Napier said. “They both played a lot for us last year. When Braylon was quarterback, those two guys played a whole bunch. They got a lot of experience.”

When Sanders is at wide receiver, he gives the Cavaliers an opportunity to score on every play.

Against Northside, Johnson lofted a ball into double coverage which is usually a low-percentage play, but Sanders went up and had his hands on the ball and almost made a remarkable catch.

“With him, you’ve got a shot,” Napier said. “And I’ve seen him make that catch 700 times with a lot of people around him.”

As for the men up front, Callaway figures to be in good shape there.

The offensive line is anchored by sophomore Keiondre Jones, who started a year ago and has received offers from colleges from across the country.

John Curtis and Lawrence Thompson are also veterans on the offensive line, and Jalen Moss and Dominic Carter figure to fill out the lineup, which defensive starter Thomas Hodge providing depth.

As the season goes along, injuries will happen, and players will move in and out of the lineup for other reasons.

The key, according to Napier, is to be able to roll with the punches.

“You’ve got to adapt, and figure out the best way to win on Friday night,” he said. “Whatever hand you’re dealt, you’ve got to figure that out.”

Callaway’s Braylon Sanders takes off on a touchdown run during the Northside game. Sanders had a scoring run and a touchdown catch. Kevin Eckleberry | Daily News

http://lagrangenews.com/wp-content/uploads/sites/37/2016/08/web1_CHS2-3.jpgCallaway’s Braylon Sanders takes off on a touchdown run during the Northside game. Sanders had a scoring run and a touchdown catch. Kevin Eckleberry | Daily News

Offensive lineman Keiondre Jones and the other offensive players wait on a play to come in during Friday’s game. Jones is part of what should be an effective offensive line. Kevin Eckleberry | Daily News

http://lagrangenews.com/wp-content/uploads/sites/37/2016/08/web1_CHS3-2.jpgOffensive lineman Keiondre Jones and the other offensive players wait on a play to come in during Friday’s game. Jones is part of what should be an effective offensive line. Kevin Eckleberry | Daily News