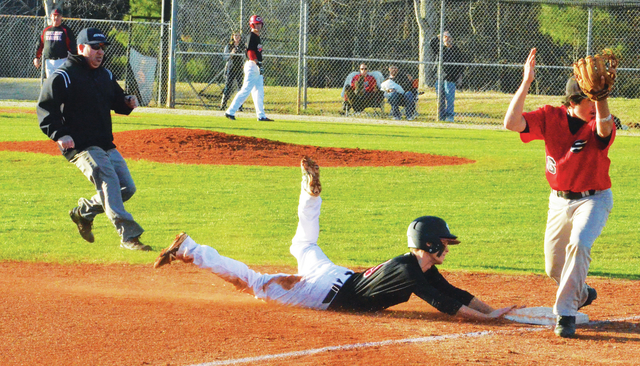 HOGANSVILLE – It’s a challenging early-season schedule for the Callaway High volleyball team, and there’s a reason for that.

Those games provide a stout test for the Lady Cavaliers which helps them prepare for area play, and it also gives the players an idea of what it takes to achieve individual success in the sport.

On Thursday, Callaway hosted Shaw and Harris County and lost to them both, but head coach Heather Smith still felt it was a valuable day.

Callaway lost in straight sets to Shaw and Harris County, but it hung tough with both teams.

Alicia Marks, who has been one of Callaway’s most consistent performers early in the season, was an effective player in Thursday’s matches.

“She’s really settled into her role as a setter, and kind of stepped up to help us,” Smith said.

Smith said Senior Jasemine Drake has also been a key player for the Lady Cavaliers.

“She has kind of found her timing for hitting,” Smith said. “When she gets set the ball, she usually capitalizes.”

Smith said the support the team has received during its home matches has been much appreciated.

On Thursday, many of the football players stopped by to cheer for their class-mates.

“There’s a lot of coaches, or just community people that come out and support us,” Smith said. “We definitely appreciate them coming out and showing their faith and their support not just for volleyball, but for Callaway, too. Football always does a fantastic job of supporting us. They finished early, so a lot of their players came over and watched us play.”

OF NOTE: For more photos from Thursday’s matches, check out facebook.com/LDNsports