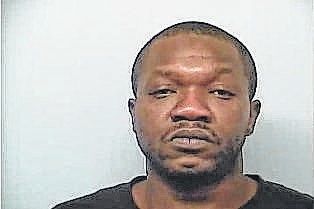 LAGRANGE – For Callaway head coach Pete Wiggins, one of the top highlights from Friday’s game against LaGrange wasn’t something that took place on the field.

Wiggins was gratified to see the stands full for Friday’s season opener, with fans clad in red filling up the home bleachers at Callaway Stadium.

“I’m proud of that Callaway community, sitting up in the stands,” Wiggins said. “There were a lot of red shirts up there tonight. That’ll really make your day. Those kids came out at halftime, and when we finished stretching, all the kids looked up there, and that meant a lot to them.”

The players responded by putting on a show for the fans.

Callaway delivered a phenomenal all-around performance in a 37-6 victory over rival LaGrange.

“I’m really proud of our football team, of our kids,” Wiggins said. “We had a whole lot of mistakes. But we overcame them.”

Callaway controlled the game in every phase.

Offensively, the Cavaliers moved the ball well on the ground and through the air, and they showed off their big-play ability with quarterback Dylan Johnson hooking up with Braylon Sanders and DQ Wilkerson for long touchdown passes.

Callaway’s defense was up to the challenge as well, shutting down LaGrange’s offense for most of the night.

The Grangers didn’t score until they were trailing 30-0 in the fourth quarter.

Junior kick Noah Stephens made a field goal and four extra points, Johnson twice pinned LaGrange inside of its own 10-yard line with a punt, Cartavious Bigsby blocked a punt, and Jamie Sellers had an outstanding tackle on a punt return that forced the Grangers to begin a drive from their own 6-yard line.

“We’ve got a young team, and we knew that coming in,” Wiggins said. “We knew there’d be mistakes. Our offense kept grinding, and kept their concentration in the game, And we were able to put the ball in the end zone. And our defense, just making defensive stand after defensive stand. I’m really proud of them.”

While Callaway did have some inexperienced players on the field, there were also plenty of veterans who know what it takes to succeed on a Friday night.

Among those players was Johnson, a senior who has played quarterback for parts of three seasons.

Johnson injured his hand in a preseason game against Northside and there was some doubt if he’d play.

By the time kickoff arrived on Friday night, though, Johnson was ready to go, and he was sharp.

Johnson had a 2-yard scoring run in the first half, and in the second half, he tossed scoring passes of 75 yards to Sanders and 52 yards to Wilkerson.

“He’s a tough kid and a great competitor, and I was really proud of his effort at quarterback,” Wiggins said.

Johnson said the decision on whether he’d play or not wasn’t made unitl 30 minutes before the game started, and that he appreciated the support of his teammates.

“They just let me step in tonight, and allowed me back in, and we played good together,” Johnson said.

The Cavaliers were ahead 13-0 at the half, and they only needed to go a combined 40 yards to score both touchdowns.

On their first possession, the Cavaliers got a 19-yard carry from Atkins and they made it into Granger territory before the drive stalled.

Johnson punted, and Sellers made the tackle on LaGrange returner Willis Kemp at the 6-yard line.

After three plays netted just five yards, LaGrange had to punt from its own 11-yard line.

The punt traveled nine yards, and Callaway had the ball at the 20.

Atkins had back-to-back runs of 11 and six yards, and two plays later, Johnson faked a handoff to Atkins and scored on a 1-yard run.

A two-point conversion attempt failed, and Callaway led 6-0 with 3:33 left in the first quarter.

LaGrange drove into Callaway territory on its ensuing possession before the defense stood firm.

Linebacker Michael Freeman had a tackle for loss on third down, and Keegan Woods deflected a pass on fourth down to force a change of possession.

A 28-yard pass play from Johnson to Freeman put the ball on the LaGrange 33-yard line, but Callaway couldn’t advance any further.

On fourth down, Johnson lined up at quarterback, but he punted the ball, and it was downed at the 4-yard line.

The Grangers got one first down, but they had to punt after Dominique Copeland broke up a pass on third down.

Another short punt, this one covering seven yards, gave Callaway the ball at the 20 once again.

The Cavaliers got knocked back because of penalties, but it didn’t matter.

Atkins had runs of 12 and 11 yards, and he then scored from two yards out, and Stephens made the extra point to give Callaway a 13-0 lead with 3:02 left in the half.

It took the Cavaliers two plays to extend their lead in the second half.

On a second-down play, Johnson dropped back and heaved the ball downfield toward a wide-open Sanders.

Sanders caught the ball in stride at about midfield, and he sprinted to the end zone for the touchdown, and Stephens notched the extra point to make it a 20-0 game with 11:03 left in the third quarter.

“When you have Braylon out there, and you have an offensive line that gives you time to throw the ball, it goes hand in hand,” Johnson said.

LaGrange moved the ball on its ensuing possession, but the drive stalled in Callaway territory.

Bigsby then came through with a blocked punt, and that led to a 29-yard field goal by Stephens, and Callaway led 23-0 with 3:10 left in the third quarter.

On LaGrange’s next possession, Sellers recovered a fumble, but Callaway was unable to turn that turnover into points.

Early in the fourth quarter, though, Callaway did score again, and it was the defense making it happen.

Bigsby, a freshman, picked off a Nathan Cronic pass, and he took it to the end zone for the touchdown.

Stephens made his third extra point, and Callaway’s lead was 30-0 with 10:44 left in the game.

Following LaGrange’s lone scoring drive that ended with a 1-yard run by Cornell Kendrick, Callaway punted, but the defense stood firm and made a fourth-down stop.

The Cavaliers took over at their own 44-yard line with 4:35 left, and they went to work.

On first down, Johnson completed an 11-yard pass to Wilkerson.

Three plays later, Wilkerson caught a screen pass from Johnson, and he turned that into a 52-yard touchdown.

LaGrange’s final possession ended with a punt, and Callaway ran a kneel-down play, and that was that.

Callaway will look to move to 2-0 when it visits Handley (Ala.) on Friday.

Callaway’s DQ Wilkerson had a touchdown catch in the second half of Friday’s win. Kevin Eckleberry | Daily News

http://lagrangenews.com/wp-content/uploads/sites/37/2016/08/web1_CHS8.jpgCallaway’s DQ Wilkerson had a touchdown catch in the second half of Friday’s win. Kevin Eckleberry | Daily News