Troup looks to even record with home win 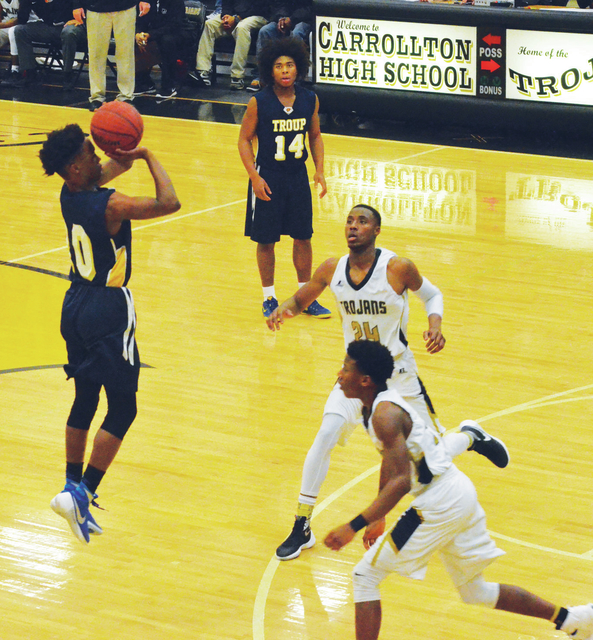 LAGRANGE – They came close to a breakthrough win on the road.

The Troup Tigers fought back from a 14-point deficit in the fourth quarter and were within 20 yards of a potential tying touchdown, but an interception in the end zone sealed their fate in a 21-14 loss to Hardaway last week.

On Friday, the Tigers will play at home for the first time as they look to get their first win.

Troup will host Kendrick, which began its season with a 25-7 loss to Northside

Also on Friday, the Callaway, LaGrange and Lafayette Christian School football teams will be on the road.

Callaway, which began its season with a 37-6 win over LaGrange, will cross the state line to play Handley (Ala.), and that game will start at 8 p.m. Eastern time.

LaGrange, meanwhile, will look for its first win when it visits Villa Rica.

Lafayette Christian School, which opened its season with a loss last week, will visit Crisp Academy in Cordele.

Troup was looking to get its season started with a win, and it had a chance to do that.

The Tigers were driving late in the game down by seven when the Hawks clinched the win with an interception.

Troup head coach Tanner Glisson sid he was “proud of how we competed.”

Glisson added that “special teams was really good and we had several opportunities to win the game. We have to take advantage of those opportunities when they arise.”

It was a big win for Hardaway, which like Troup is coming off a 1-9 season.

“Hardaway played great so congrats to them,” Glisson said. “They will surprise some folks this year. I think they have 22 seniors and 17 of those are starters. They were two-platooning and that was probably the difference in the game.”

Kendrick, which went 3-7 last season, is “really big and really athletic,” according to Glisson.

The coach added that “we have to have a good week of practice and continue to move this thing forward.”

Like Troup, LaGrange will look to put the first win on the board this week.

Villa Rica opened its season with a big 20-13 road win over a Central-Carroll team that is in the same region as LaGrange.

The Callaway and Handley matchup will feature a pair of 1-0 teams.

While Callaway is coming off a dominant performance against LaGrange, Handley began its season with a 21-7 win over Bremen.

Lafayette Christian will try to even its record at 1-1 after losing to Solid Rock last week.

The Troup Tigers will host Kendrick on Friday in their home opener. Kevin Eckleberry | Daily News