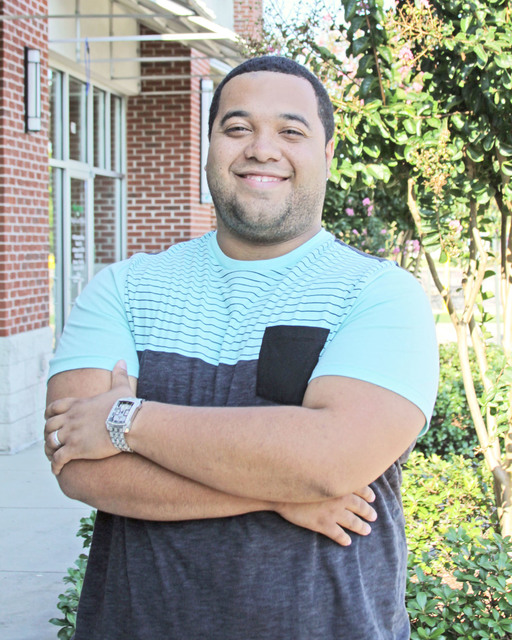 LaGRANGE — Seth Harden is a clean rapper from LaGrange who appeared in the action drama movie “Seeking Justice” in 2011 and is back in LaGrange to raise money for his charity, which has the goal to stop violence, bullying and suicide among teens. His concert, UnBreakable, is set for Sweetland Amphitheatre on Saturday, Aug. 27.

Daily News: So, could you tell me a little bit about your mission, what you’re hoping to accomplish with your music?

Harden: Really it seems like love is pretty much disappearing. People act like love isn’t a reality anymore, you know? So that is kind of what we are trying to spread. Love, positivity and showing that it is actually real. We try to talk about real life issues. And that is mainly what it’s about, and spreading God’s love. Because nowadays, it’s a hard thing to see. It’s a hard thing to find, it seems like. At least that’s what it seems like, but that’s not the case.

LDN: How did you first get started with clean rap?

Harden: Well, my older brothers introduced me into rap music, and then from there I kind of listened to some of it. And then, I was in a rock band. I even listened to country music for a long time. All kinds of stuff, but then I ended up getting into talent shows at Callaway Middle School when I was in eighth grade, and around that same exact time, I was also doing talent shows at Turnaround Christian Center. And that kind of launched me into what God’s plan was for my life.

LDN: Who would you say your influences are? Who has inspired you?

Harden: You know I would have to say, two people that I really look up to music wise would have to be Lupe Fiasco and a rapper called Dee-1. He is kind of new though, I would say. And they talk about issues that people are scared to talk about, and they address things that people are scared to talk about but need to be addressed, you know? So those two are pretty much my inspiration for sure. … And my brothers, I used to listen to T.I. and Lil Bow Wow when I was little, and that was like, what got me hooked to hip-hop music, so yeah. So, that’s really who I got started listening to.

LDN: So, what all will you be doing at the concert this weekend?

Harden: What we’re doing at the concert is we have different genres. We have hip-hop, country, soul and pop. That is the four genres that we have at this concert, so it’s a multi-genre concert. And it’s multi-genre, multi cultural, but it’s one aim, one goal. You know we’re all there to show love. We’re all there to show unity, and on that topic, police officers get in for free at this concert. … We are allowing cops to come in free, so that people in the community will bond with cops on a normal level, and understand that we’re all humans, like we’re all people. It doesn’t matter what your job is. … And all of the proceeds go to our nonprofit, which is Seth Harden Inc., and what we did was we took the entertainment company and turned it into a nonprofit. Because now all of the proceeds go to our different charity events. I mean we have a lot of different things we want to do domestically. We also have foreign missions that we work on as well because my wife is a missionary in Nicaragua. We’ve got a lot of things going here. And we host feed the people events where we go into communities and feed at least 300 people at a time. … The main reason why we use food is so that we can get kids there so that we can speak about bullying, suicide and violence. Because I actually have personal connections to all three.

LDN: What would you say is the best thing someone could do to help kids with that?

Harden: To sum it up, I’d have to say everybody thinks that kids want attention, but they just need someone to listen. So, it’s not an attention thing; it’s they need people coming back into their lives over and over, saying, “Hey, I’m here to listen.”

LDN: The concert is called UnBreakable. What inspired that name?

Harden: That’s based off of — I’ve done an UnBreakable concert before, and the reason behind the name is once you’ve been through something that has brought you to your breaking point, if you remember what got you through that breaking point, you won’t be breakable again. You will be unbreakable. So, once you’ve been broken on one situation, you can’t be broken to it again.

Seth Harden will perform at the benefit concert UnBreakable at Sweetland Amphitheatre on Saturday, Aug. 27, at 6:30 p.m. Advance tickets are $18 and may be purchased at sweetland.events/events-tickets/. Tickets will be $23 at the door.

More: Tickets are $18 in advance, sweetland.events/events-tickets/; $23 at the door.