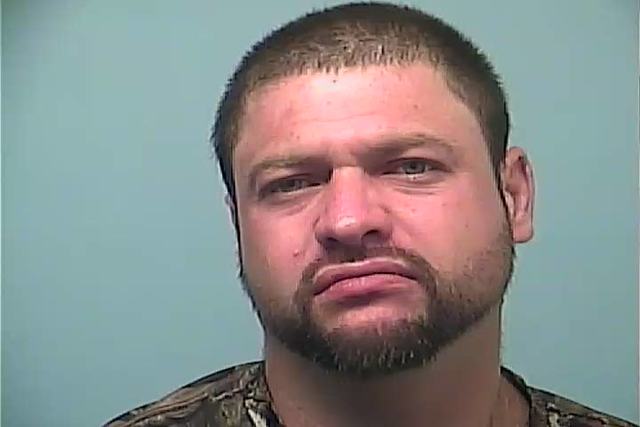 HOGANSVILLE — The man accused of attacking a homeowner with an ax was behind bars in the Troup County Jail Friday evening.

Carson has been on the run since Aug. 15 after he is alleged to have brutally attacked a man with a hand ax outside his home in the 100 block of Teaver Road, TCSO investigators said. After the assault, Carson allegedly jumped into a car, ran over the victim and fled the scene.

The vehicle Carson was driving at the time of the attack was recently stolen in Hogansville. He was still driving the vehicle Thursday evening when investigators pulled him over, said Caldwell. The car was damaged from where Carson allegedly ran over the victim.

Carson was taken into custody without incident, Caldwell said.

The man had reportedly traveled to several different locations since the ax attack before returning to Hogansville on Thursday, explained Caldwell.

Carson was charged with aggravated assault, aggravated battery and felony theft of a vehicle.

The victim, who has not been identified, suffered a deep skull fracture, partially severed ear and numerous lacerations from the assault, said investigators. He remains in an Atlanta area hospital recovering from his injuries.