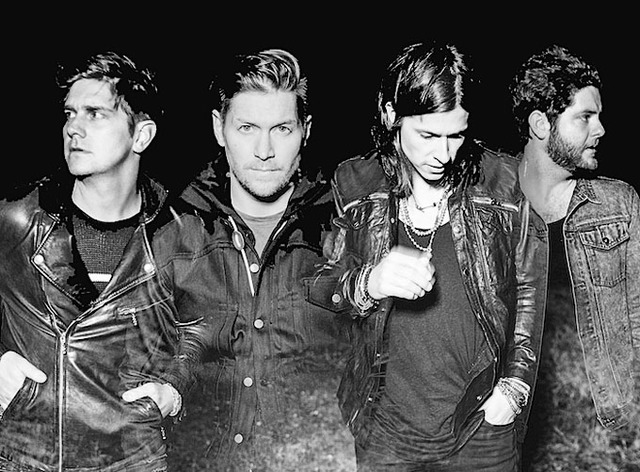 NASHVILLE, Tenn. — On their new album, the rock band NEEDTOBREATHE have a song about the dangers of indulging in a rock ‘n’ roll lifestyle in which lead singer Bear Rinehart boasts that he “found the bottom from the top somehow.”

The song, “MONEY & FAME,” was mostly a metaphor, as the Grammy-nominated South Carolina-based band is at the top of their game with a collection of Dove Awards, singles being used on TV commercials and a major headlining tour.

“We asked the producers as we were writing the song a bunch of times, ‘Does this sound too arrogant? Because we’re not rich and we’re not famous,’” Rinehart said while in Nashville, Tennessee, rehearsing for their new tour that kicked off this month.

But Rinehart, 35, said the band has learned after more than a decade together sometimes you can do the right thing for the wrong reasons.

“We definitely were guilty of that for a while and it caused us to fight a lot as brothers and really as a whole band,” Rinehart said. “It gave everybody who worked for us a lot of turmoil because success was sort of the goal. I think that’s what that song is about. Making sure you are true to who you are and you’re doing it for the right reasons.”

Their sixth studio album, “H A R D L O V E,” debuted at No. 2 on the Billboard 200 albums chart in July, and topped the alternative, rock and Christian charts.

The band, which is made up of brothers Bear and Bo Rinehart, Seth Bolt and Josh Lovelace, continues to evolve their musical tastes. While their last album in 2014 leaned more toward Americana and acoustic guitar rock, the new album makes heavy use of synthesizers, beats and electronic pop melodies.

“We had more fun making it than making any other record,” Bear Rinehart said. “Bo loves it. Bo loves dancing.”

“I took dance lessons so that I could learn the rhythms and the grooves,” said 34-year-old Bo Rinehart.

The expansive new sound will be showcased on their 50-city tour of amphitheaters and arenas where they might let those rock star fantasies come to life.

“I am bringing four suitcases, so just me personally it’s the biggest tour I have been on,” Bo Rinehart added.

The members of NEEDTOBREATH pose in this publicity handout photo. The band will perform at Sweetland Amphitheatre on Sept. 24.

http://lagrangenews.com/wp-content/uploads/sites/37/2016/08/web1_0828NeedTobreath.jpgThe members of NEEDTOBREATH pose in this publicity handout photo. The band will perform at Sweetland Amphitheatre on Sept. 24.