Troup breaks through for first win 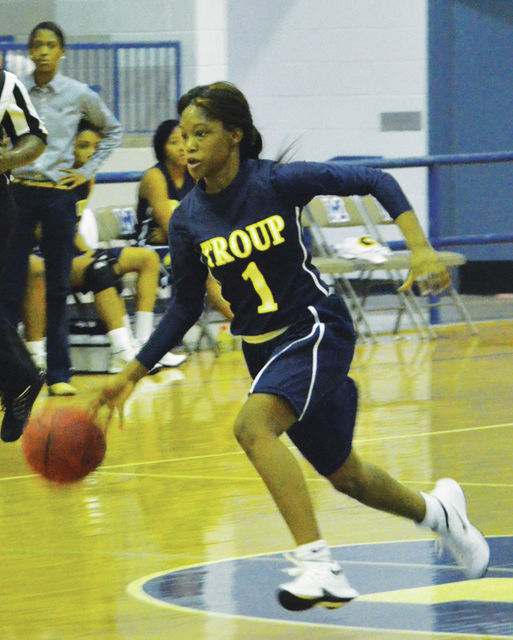 LAGRANGE – The home stands at Callaway Stadium were filled with fans hoping to see the Troup Tigers come away with a victory Friday night, and they got their wish.

Troup, showing off an explosive offense, evened its record at 1-1 with a 38-12 win over Kendrick.

Kendrick got a couple of long touchdown runs in the third quarter, but the outcome had all but been decided by that point.

“These guys came out with a bunch of intensity, and we were very explosive. You saw that on the scoreboard,” Russell said. “I loved it. It was a fun night.”

Troup came close to opening with a road win over Hardaway last week, but it fell short 21-14.

Getting that first win, and doing it in dominant fashion, “emphasizes and reinforces what we’ve been saying,” according to head coach Tanner Glisson. “We knew we were close.”

“It got a little sloppy,” Glisson added. “It was 24-0, and our guys came in at halftime and we’re all celebrating, and high-fiving each other. Now we’ve got to know how to go out there and finish the thing.”

Later in the quarter, King Mwikuta recovered a fumble, and Troup took over at the Kendrick 26-yard line.

On the first play of the second quarter, Russell scored on a 13-yard run, and Wreyford made the extra point to give Troup a 10-0 lead.

Troup’s next touchdown was set up by another Kendrick fumble.

The Tigers took over at the Cherokees’ 23-yard line, and on the fifth play of the possession, Russell scored on an 8-yard run, and the extra point made it a 17-0 game with 2:27 left in the half.

With less than 30 seconds left in the half, the Cherokees went for it on fourth down, and they were unable to convert.

On the next play, Crowe found a wide-open Jackson in the end zone for a 37-yard touchdown, and Wreyford made his third extra point to give the Tigers a 24-0 lead with 19 seconds showing on the clock.

Kendrick got a long touchdown run early in the third quarter to put its first points on the board.

Troup came right back with a touchdown of its own, with Crowe finding Hudson for a 45-yard scoring strike, and the lead was 31-6 with 9:40 left in the third quarter.

A little more than a minute later, Kendrick scored again on a 77-yard run, and the score was 31-12 following a failed two-point try.

That’s the way it remained until Troup capped the scoring with less than four minutes to play in the game.

A Kendrick defender was draped all over Truitt and was called for pass interference, but the senior was still able to make the catch in the end zone.

Troup will try to put together a win streak when it hosts Bowdon on Friday.

OF NOTE: For more on Friday’s game, check out Monday’s sports section. And for photos, go to facebook.com/LDNsports

Troup’s Ken Truitt looks for running room during the first half of Friday’s game against Kendrick. Kevin Eckleberry | Daily News

http://lagrangenews.com/wp-content/uploads/sites/37/2016/08/web1_troup1-4.jpgTroup’s Ken Truitt looks for running room during the first half of Friday’s game against Kendrick. Kevin Eckleberry | Daily News