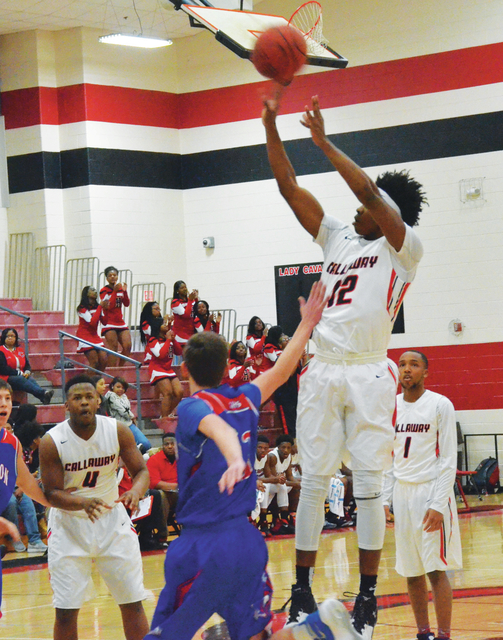 HOGANSVILLE – It was an ideal way to head into the all-important region schedule.

Callaway will open its Region 5-AA schedule with a game at Lamar County on Tuesday.

“I think this set a standard for us,” said sophomore Oeisha Jenkins, the winning pitcher in Saturday’s game. “We proved to each other that we can do it. All we have to do is just take this into region.”

In a loss at Upson-Lee on Thursday, Callaway had some defensive issues, due in part to some players having to be in unfamiliar positions.

Shortstop Kelly Carlisle was unable to play in Thursday’s game because of an injury, but she was back on Saturday, and Callaway’s defense was exceptional.

Carlisle made some nice plays of her own, and third baseman Jasmine Dukes had a fantastic defensive game.

Jenkins, who pitched the seven-inning complete game, said having that kind of defensive support is reassuring.

“To feel like you have that kind of defense behind you, it’s encouraging,” she said. “When you have that type of defense, it just encourages you to throw strikes, because you know they can get the outs.”

Carlisle also did her part at the plate with three hits from the leadoff position, including a second-inning double.

Kourtney Greer added two hits and a walk, Jenkins, Dukes and Skylar Rice each had a hit, and Acia Stephens was on base twice with a walk and a hit by pitch.

Callaway struck for three runs in the bottom of the first inning, with the first four batters all reaching base.

Carlisle singled, Dukes walked, Jenkins reached on an error, and Rice had a base hit.

KeKe Talley reached on an error later in the inning.

Callaway added a single run in the second inning, with Stevens leading off with a walk and scoring on a Carlisle double.

Callaway scored another run in the fifth inning, with Greer reaching on a base hit and scoring on an error.

The Lady Cavaliers capped the scoring with three runs in the bottom of the sixth, and Carlisle, Jenkins and Greer each had RBI singles.

Early County scored its lone run against Jenkins in the top of the first inning.

LAGRANGE – The Troup Lady Tigers are striving for success every time they step on the volleyball court, but head... read more