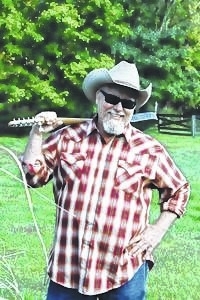 LaGRANGE — Max T. Barnes is a singer-songwriter who has written nine number one singles on the U.S. Billboard Hot Country Singles & Tracks charts. Barnes will play at Pure Life Studios on Thursday, Sept. 1.

Barnes wrote his first hit song at the age of 19, Vern Gosdin’s “Way Down Deep.” He’s been topping the charts ever since.

Further credits include the complete score to “A Letter from Death Row” for HBO, starring Martin Sheen and Charlie Sheen. That’s nine number one hits, and dozens of album cuts with album sales nearing 20 million.

“Love, Me,” the career-launching hit for Colin Raye, also took Barnes to the Country Music Association awards as a CMA “Song of the Year” nominee. Among other greats, he was up against his dad, legendary songwriter and Hall of Fame member, the late Max D. Barnes. His father took home the award that night with “Look at Us,” a co-write with Vince Gill.

“My poor mom didn’t know who to root for,” the younger Barnes said. “I am proud to have been a part of the only father/son competition in CMA history.”

His father had also won in 1989 with “Chiseled in Stone.”

Max T. Barnes has been a staff writer and producer in Nashville for nearly 30 years. Working under contract for Sony, Warner Brothers, Polygram, MCA, Island Bound, Curb and Ray Stevens.

Recently Barnes began a new chapter in his career by taking his show on the road.

“I have spent my life writing songs for other folks,” said Barnes with a laugh. “Now I want to go sing them for the people without the middle man. I get to sing my hits, my dad’s hits and great country classics and just get to be myself.”

His songwriting credits range from Ralph Stanley to Montgomery Gentry, Poison to George Jones and more in between.

“I met Max a few years ago at a songwriting workshop he was giving,” said Maggie McDonald, owner of Pure Life Studios. “He was the most patient man and very giving of his time and talents. I didn’t follow country music, but I knew most of his chart-topping songs and when I opened Pure Life Studios I knew he would be a great fit; we like diversity at our venue. There is something for everyone.”

Pure Life Studios, an acoustic listening room, is located at 206 Clark St. in LaGrange. Doors open at 6:30 p.m. and music starts at 7:30 p.m. Cost is $15 cash at the door. To RSVP or find more information about this and upcoming concerts visit Pure Life Studios on Facebook, contact Maggie McDonald by email at maggie@purelifelagrange.com or check out www.purelifelagrange.com.