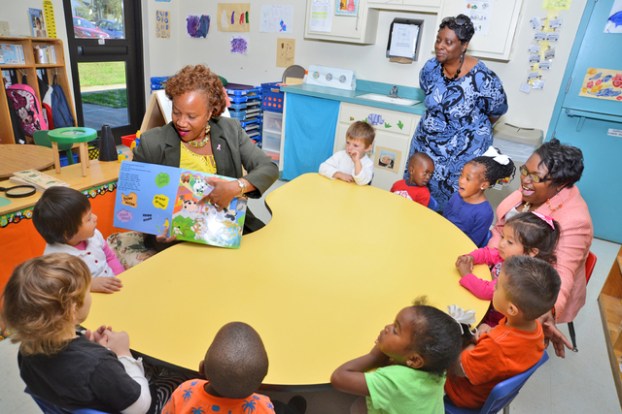 LaGRANGE — After almost three years at the helm of the Community Action For Improvement nonprofit organization, Edna Foster is leaving her post as executive director.

While Foster said she is mainly leaving for personal reasons, she stated recent decisions from CAFI’s board of directors also prompted her to tend her resignation.

After losing the federal grant that funded CAFI’s Head Start program in June 2015, the organization sought other ways to still help families in need of childcare.

The group operated a limited number of child care centers on a fee-for-service basis, Foster said in a LaGrange Daily News article in August 2015. CAFI also continued to hold pre-K classes, plus assist low-income folks in paying utility bills and providing them with food items. All those programs were funded through other grants and from monetary donations.

Foster said a divide began to form when she and the board, led by president Freddie Hines, started discussing the future of CAFI. The executive director and board members did not see eye to eye on how funding should be spent on the organization’s programs, Foster stated.

“It’s completely my decision to step down, but I think for the board it would be comfortable for them for me to move on,” Foster explained. “I’m so head strong with the mission and vision of CAFI. I respect the board to make the choices for the programs … planning for grants and such … but that’s where I feel like we’re getting off track with the mission and vision of the organization. I feel like it would be very hard for me to lead at that time.”

While Foster did not specify which services caused the most friction, she did state she was hopeful the organization would regain the grant for the Head Start program. That could mean continuing the child care centers and pre-K classes for the community.

“It was something we did for the last year. It was more like a transition,” Foster said. “… The board members wanted to move toward helping more with utility services … the board’s direction was different than the direction and vision that I wanted to put the money towards.

“While I was on leave for two weeks, I decided to go ahead and hand in my resignation instead of trying to convince the board’s mind of trying anything different,” she added.

Foster also believed the delay of placing Richard English’s name back on the CAFI building earlier this year after having the roof repaired also caused some ill feelings among the board members.

Foster said she is not bitter about her departure and feels there were many positive outcomes during her tenure at CAFI.

“Many places I went or meetings I attended, people didn’t know what CAFI did. So I explained it to them. … So many people came by (CAFI) and said, ‘Edna, whatever you need, let us know.’ We also fed the community,” she said. “In Troup County alone, we feed 200 people per month. … Those were people who desperately needed food, especially the elderly. And we were still able to serve and work with families after not receiving the Head Start grant.”

Foster also pointed to the success of the organization’s yearly charity golf tournament, which doubled the amount of monetary donations during her first year with CAFI.

During CAFI’s 2014 fiscal year, the agency helped more than 5,400 people in five counties, according to its annual report.

“I’ve really enjoyed my time with CAFI,” she said. “I’ve met a lot of people in the community. … I never considered it a job, I considered it a mission. And I want it to end on high note.

“I leave with a happy heart. I’m really satisfied. CAFI is strong and should be able to continue making a positive impact in the community. There are no bad feelings or hard feelings. It’s time for me to move on to my next assignment.”

Foster said that assignment will be in North Carolina, where she will help take care of her 98-year-old mother-in-law.

The LaGrange Daily News reached out to the CAFI board of directors about Foster’s resignation. Hines, the board president, and Mike Meredith, vice president, said they were not aware of Foster’s decision as of Wednesday afternoon, but both wished her the best.

“If that is the case, the I appreciate her service to the organization,” Hines said.

He also said the CAFI board of directors was scheduled to gather today (Sept. 1) for its annual meeting.

Edna Foster reads to a group of Head Start students during the 2014-15 school year. Foster resigned as executive director of Community Action for Improvement on Wednesday.

http://lagrangenews.com/wp-content/uploads/sites/37/2016/09/web1_WEB0811CAFI.jpgEdna Foster reads to a group of Head Start students during the 2014-15 school year. Foster resigned as executive director of Community Action for Improvement on Wednesday.