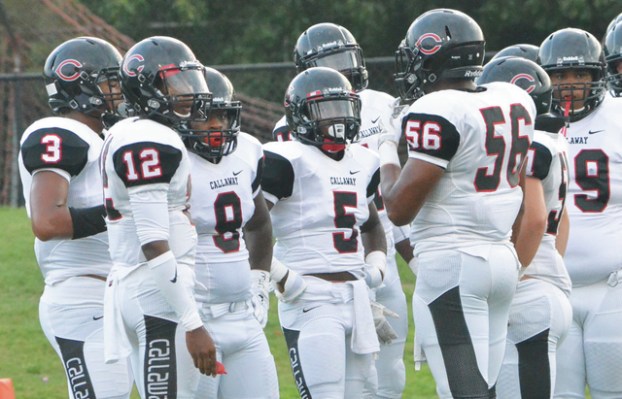 HOGANSVILLE – The Callaway Lady Cavaliers were feeling pretty good about their prospects.

Heard County’s softball team started quickly with three runs in the top of the first inning, but Callaway came right back with two runs in the bottom of the inning to get within a run, giving it hope it could pull off a big home win.

Unfortunately for Callaway, the rest of the game belonged to Heard County, which rolled to a 16-2 victory in the Region 5-AA game.

Callaway (5-9 overall), which began its region schedule with a loss to Lamar County on Tuesday, fell to 0-2 in the region.

Callaway is off until Tuesday when it hosts Sandy Creek, and it will look for its first region win on Thursday at Temple.

“All you can do is go back to work, and continue to work on the things we’re not good at,” Callaway coach Ashley Summerlin said. “That’s really all we can do.”

Summerlin said a big issue in Thursday’s loss was a lack of execution in the field.

“I thought Oeisha (Jenkins) threw the ball really good,” Summerlin said. “We didn’t play good enough defensively. We do it every day in practice. We’ve got to carry that over to the field.”

In the bottom of the first, Skylar Rice had a two-run double to bring in a pair of runs, cutting Heard County’s lead to one, but that momentum was short-lived.

“We’ll get back to work, and hopefully continue to get better,” Summerlin said.

The LaGrange and Troup softball teams were both off on Thursday, and they’ll begin the second half of their region schedules next week.

Troup, which is 1-4 in Region 5-AAAA, will host Chapel Hill on Tuesday and Sandy Creek on Thursday as it looks to climb the ladder in the region.

LaGrange, which is 2-3 in Region 5-AAAA, visits Central-Carroll on Tuesday and hosts Cedartown on Thursday.

LaGrange’s two region wins in the first half came against Sandy Creek and Troup.