Church column: Are people of Israel today children of God by reason of heritage? 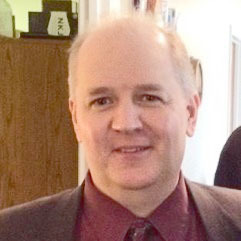 The people of Israel today, are they the children of God by reason of heritage?

Just as with last week’s question, this question is based in the false teachings of Premillennialism. Premillennialists apply nearly all of the Old Testament prophecies about the church to a future earthly kingdom.

Jesus, according to them, will return to earth to establish this earthly kingdom in physical Jerusalem and reign on a literal throne of David for a thousand years. The convoluted mess that Premillennialism makes of Old Testament prophecy is far too tangled to straighten out in one short article. But, in connection with this question, it is important to understand how Premillennialists view physical Israel and those who are “Jews” by nationality or “heritage,” as the question puts it.

So, He instituted the church as a “plan B” until He could come again and accomplish what He, according to them, was “unable” to do the first time. I don’t know about you, but I have a very huge issue with ascribing the attribute of “inability” to Jesus Christ, who had all the fullness of the Godhead bodily (Colossians 2:9).

How could I possibly accept a doctrine, i.e. Premillennialism, that has as a fundamental tenant the idea that Immanuel, God in the flesh, was “unable” to accomplish His purpose?

So, according to that idea, Premillennialists believe that the physical nation of Israel is still the “Holy Land,” and that physical Jews are still the “Holy People.” The apostle Paul exhorted “rightly dividing the word of truth” (2 Timothy 2:15). The beliefs of Premillennialism are far from “rightly dividing the word of truth”!

Every promise God made to Abraham about his lineage inheriting the land of Palestine has been fulfilled! Despite Premillennialists claiming that the land promise was never fulfilled, so Christ must return to fulfill that promise, Joshua says contrary.

“So the Lord gave to Israel all the land of which He had sworn to give to their fathers, and they took possession of it and dwelt in it. The Lord gave them rest all around, according to all that He had sworn to their fathers. And not a man of all their enemies stood against them; the Lord delivered all their enemies into their hand. Not a word failed of any good thing which the Lord had spoken to the house of Israel. All came to pass” (Joshua 21:43–45, NKJV).

“Behold, this day I am going the way of all the earth. And you know in all your hearts and in all your souls that not one thing has failed of all the good things which the Lord your God spoke concerning you. All have come to pass for you; not one word of them has failed” (Joshua 23:14, NKJV; cf. 2 Samuel 8:3; 1 Kings 4:21; Nehemiah 9:7, 9).

It is the church that is “the Israel of God” today (Galatians 6:16). It is the New Testament church of Christ that is God’s “holy nation” today (1 Peter 2:9). It is spiritual circumcision that makes spiritual Jews today, not physical!

The promise to which we become the heirs by faith is the seed promise of Genesis 12:3 (cf. Galatians 3:16). Being heirs of the promise has absolutely nothing at all to do with physical lineage! Remember what John the Baptist said to the Pharisees! “and do not think to say to yourselves, ‘We have Abraham as our father.’ For I say to you that God is able to raise up children to Abraham from these stones” (Matthew 3:9, NKJV).

John was preaching the preparation of the kingdom, saying it was “at hand.”

“At hand” certainly would not describe something that was over 2,000 years away, and counting. It means that the kingdom John was preaching about, the kingdom that would not be based in physical lineage but spiritual lineage, was close to being established. The church was established a short three and half years later! (Acts 2:37-38, 41, 47).

Those who are Jews by heritage, i.e. lineage or nationality, today must obey the same gospel everyone must obey to be children of God in the spiritual kingdom of the church.

“For I am not ashamed of the gospel of Christ, for it is the power of God to salvation for everyone who believes, for the Jew first and also for the Greek. For in it the righteousness of God is revealed from faith to faith; as it is written, “The just shall live by faith”” (Romans 1:16–17, NKJV).

“For the Scripture says, “Whoever believes on Him will not be put to shame.”

Church column: Was the “Church of the New Testament”…