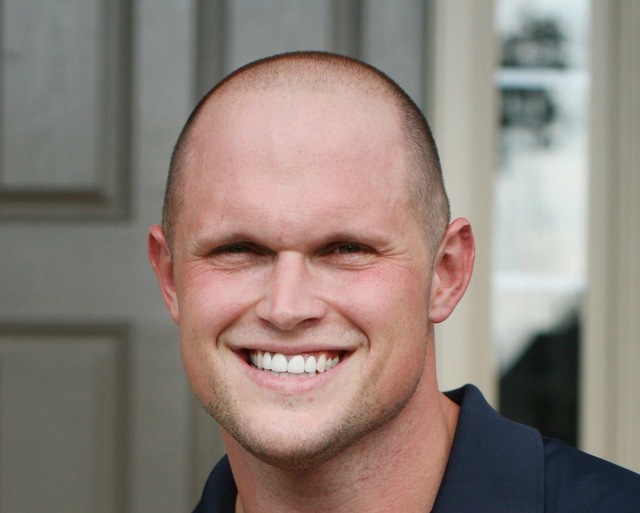 LaGRANGE — Steve Herndon, a LaGrange native, is being honored as one of the University of Georgia’s 40 Under 40 for 2016 and will be one of the speakers at the awards luncheon on Thursday.

Herndon is known for his football career as player for the Denver Broncos and Atlanta Falcons, but his business, which aims to help those recovering from addiction, was considered in his selection to the 40 under 40.

Herndon credits his life experiences with leading him to this place where he can help people strive for a better life.

“I got a scholarship to the University of Georgia,” said Herndon. “I graduated in four years. … I spent four years with the Denver Broncos, and then I was very blessed that my old line coach ended up leaving Denver going to Atlanta.

“And in ‘04, I ended out backing position on offensive line with the Falcons. … I was co-offensive MVP … that was a really … big deal. And in ‘05, you know, I thought I was going to play for another 10 years, but literally, my body shut down overnight … with my knees and back and neck. And my career ended in ‘05.

“… I just had so much a loss of identity, and then my addiction really ramped up, and it just really took off from there. And so when I got into treatment in 2006, I really was just trying to push that guy (that I had been) away. I really didn’t even like watching a game of football for about a year.”

Herndon used his own experience with overcoming addiction to found Safety Net Recovery in Atlanta, a business that helps men and women who want to overcome their addictions by providing counselling, support, and an environment of “super sober living.”

He and Taylor Hagin, his business partner and co-founder, are also sponsoring four C4 conferences this year in order to share their ideas on a national level. C4 is a non-profit whose goal is to improve access and accountability for the treatment of substance abuse disorders and educate policy makers on those disorders.

“We formed Safety Net together seven years ago, and we’ve been very blessed,” said Herndon. “We’ve got a 70-bed facility in Atlanta, and a year ago we said, ‘you know what, let’s go ahead and expand a little bit, let’s open a satellite location up in Greenville, South Carolina.’ And that has turned out really well. We’re actually full in Greenville.”

Safety Net also has plans to open another location in Charlotte, North Carolina. On top of his other projects, Herndon was also the keynote presenter at the National Conference on Addiction Disorders, NCAD, held in Denver, Colorado, in August and holds a seat on the Board of Directors at UGA’s Fountaine Center.

“So, it’s just been a whirlwind of a year and 40 under 40 is just kind of like the icing on the cake really,” said Herndon. “It’s been a lot of recognition and attention … and that’s not all bad.

“I say that to say … this Oct. 14 will be 10 years clean and sober for me. And, you know when I got there, I was a very ego driven. You know, ‘I’m Steve Herndon. I play football,’ kind of a guy. And that’s not who I represent myself as today. Today I represent myself as Steve Herndon the husband, the father, you know, the family member, the friend to the best of my ability.

“… My wife has been the driving factor. You know, she saw the importance in the 40 under 40, and she felt like I was more than deserving. Obviously she was a bit partial, but I have to say, I don’t think that it would be possible without her.”

Herndon emphasized the importance of his family to his identity. Herndon and his wife, Heather, have three children, all of whom currently live in Alpharetta. Herndon’s parents still live in LaGrange.

“You know, laying on your deathbed, that is what is going to be important … being a great husband, father, family member, friend and more, so that I remember that I was good to those that love me. And just as much so as it’s going to be important that how they feel about me. I think that is just so critical.

“… If you go to just about all of my social media, you’ll see that tagline: Once defined by football, today I hope to be defined as a loving husband, father, family and friend. And I love that because to me that just really says it all.”

Steve Herndon will be speaking at Hope’s Harvest on Oct. 20 at Del’Avant on Main Street. The event will be hosted by Hope Harbor. Tickets can be purchased at hopeharborga.com/events.html.

‘Neighbors’ is a weekly series by the Daily News that highlights community members. To nominate a person to be featured, call Daily News editor Matthew Strother at 706-884-7311, ext. 2153, or email mstrother@civitasmedia.com.