Callaway has no trouble with visiting Sandy Creek 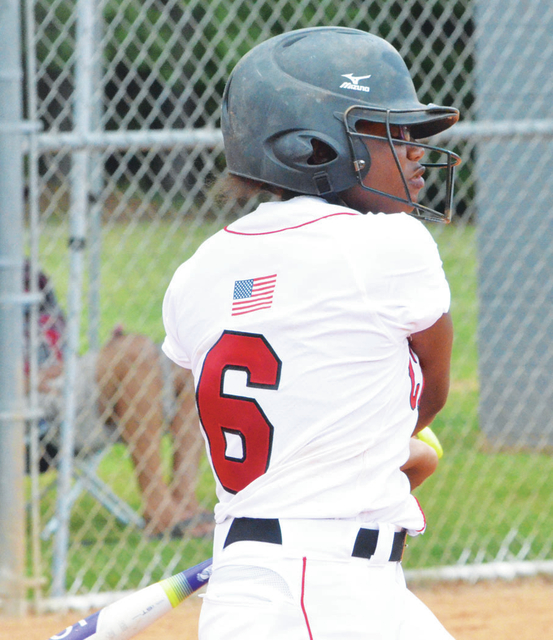 HOGANSVILLE – The Callaway Lady Cavaliers tuned up for Thursday’s key region softball game at Temple with a 14-1 victory over Sandy Creek on Tuesday.

Oeisha Jenkins pitched three dominant innings to get the win, and Callaway banged out 12 hits in a game limited to four innings because of the run rule.

Callaway (7-9 overall), which has dropped its first two Region 5-AA games, will try to get on the board in region play with a win over Temple.

“We need to have a good game,” Callaway head coach Ashley Summerlin said. “Win that game, and we kind of get things rolling.”

In Tuesday’s game, it was all Callaway.

On the mound, Jenkins gave up two hits and an unearned run in her three innings, and she struck out six and didn’t walk anybody.

Skylar Rice pitched the fourth and final inning and didn’t allow a run with a strikeout.

“It was good to get her in the game,” Summerlin said of Rice.

Everyone in the lineup contributed to the offensive outbust.

“Everybody in our lineup had a hit today,” Summerlin said. “It was a good day.”

LAGRANGE: Central-Carroll got another dominant pitching performance from Emily Williams on the way to a 12-0 victory over LaGrange on Tuesday.

Williams, who had a no-hitter with 22 strikeouts last week against Troup, had 10 strikeouts in Tuesday’s game, which was shortened to four innings because of the run rule.

LaGrange, which fell to 2-4 in Region 5-AAAA, will visit Bowdon today before hosting region foe Cedartown on Thursday.