Tigers aim for three in a row 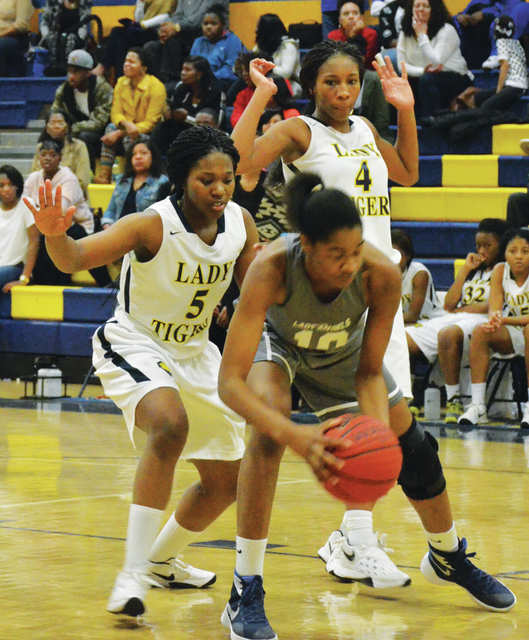 The Troup Tigers, thanks to last week’s come-from-behind, 28-27 victory over Bowdon, are on a two-game winning streak, and they’ll try to make it three in a row with a road win over Lamar County on Friday.

Troup trailed 27-14 in the fourth quarter against Bowdon, but it staged a furious late rally to make it two in a row.

“We feel good about where we are,” Troup head coach Tanner Glisson said. “We’re still growing, and we’ve got a lot of young guys who are learning a lot real quick. It’s fun.”

If Troup is to make it three in a row, it’ll have to upend a Lamar County that hasn’t yet tasted defeat this season, despite scoring just 27 combined points in its two games.

Lamar County opened with a 14-13 win over Northeast, and it followed that up with an impressive 13-10 victory over a Jackson team that had beaten Mary Persons the previous week.

Lamar County’s calling card so far has been its defense.

Clinging to a three-point lead in the fourth quarter against Jackson, Lamar County’s defense made stand after stand, and the victory was secured when a 48-yard field-goal attempt fell short as the game ended.

“We’ve got our work cut out for us,” Glisson said. “That’s another one of those programs that expects to win. They’re only about five years removed from (playing for a) state championship. It doesn’t get any easier. You’ve just to take it one game at a time, and keep working.”

Troup opened with a 21-14 loss to Hardaway, and it followed that up with a convincing 38-12 home win over Kendrick.

In last week’s game, Troup appeared to be in trouble after falling behind by 13 points in the final quarter, and Bowdon’s offense was moving the ball at will.

Troup delivered the goods when it had to, though.

The defense made two massive stops in the fourth quarter, and the offense came through with three consecutive touchdowns, and Montez Crowe’s scoring pass to Ken Truitt proved to be the game-winner.

On the season, Crowe has completed 25-of-58 passes for 600 yards with six touchdowns.

Hudson has caught four of those scoring passes, and Truitt has the other two.

Macenta Stafford has also been a key part of the passing game with six catches.

Russell has 167 yards on 33 carries with four touchdowns, and he also has five catches.

“We’ve got some weapons out there,” Glisson said. “You’ve got Ken, and Cam, and Kobe. We’re throwing it more than I really want to, but if it’s working, let’s throw it. And they feel very confident throwing the ball downfield.”

For much of last week’s game, Troup’s inexperienced defense was unable to get a handle on Bowdon’s offense, but it came through when it had to.

“We were trying to make so many adjustments Friday, that a lot of our inexperienced kids can’t handle those adjustments yet,” Glisson said. “And so, we’ve kind of got to scale back our coaching a little bit and make simple adjusments. And our staff did a really good job down the stretch making adjustments.”

The success Troup has enjoyed the past few weeks is especially nice considering the struggles the team went through a year ago on the way to a 1-9 record.

Troup did improve dramatically as the 2015 season went along, though, and Glisson believes the groundwork for this year’s success was laid late in the season.

After hanging tough with Carrollton in the eighth game, Troup lost a tough one to Fayette County before ending the season with a 28-0 win over Whitewater.

“Really and truly, going back to Carrollton last year, we have been competitive in our last six games,” Glisson said. “A couple of years we’ll probably look back to the second half of Carrollton and say that’s when it began to turn around.”

After a productive offseason, Troup opened the season with a close loss to Hardaway before finding success the past two weeks.

“We’re clicking along pretty good right now,” Glisson said. “We could easily be 3-0. But, we learned a lot from that Hardaway game.”

After Friday’s game, Troup will take a week off before opening Region 5-AAAA play on Sept. 23 against Chapel Hill.

“Hopefully we finish this stretch of the season the right way, and get to that bye week and get healed up, and get ready for our first region game,” Glisson said. “We’re kind of where we need to be. We just need to keep getting better.”