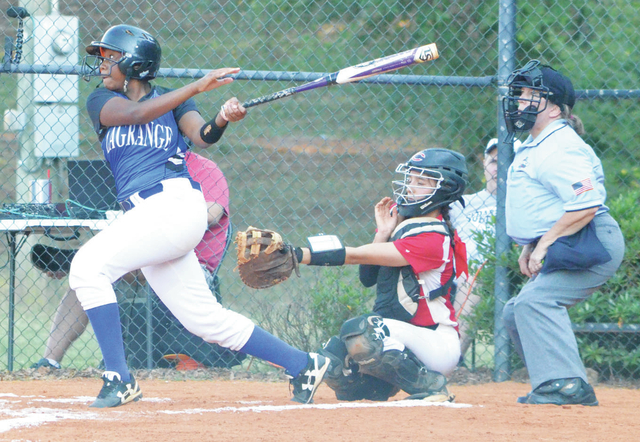 LAGRANGE – Cedartown, part of an elite trio of teams sitting atop the Region 5-AAAA softball standings, came away with an 8-0 victory over homestanding LaGrange on Thursday.

Also on Thursday, Callaway went on the road and beat Temple 10-1 in a Region 5-AA game.

Cedartown, which also beat LaGrange 8-0 earlier this season, jumped out to a 3-0 lead in the first inning, and it added three more runs in the third inning and two in the third.

LaGrange struck out 10 times in five innings, and Hannah Karcher had the home team’s only hit.

Callaway, meanwhile, was looking to get on the board in the region after dropping its first two games.

It was close most of the way, but Callaway busted it open with seven runs in the top of the seventh inning.

LaGrange got it done at the plate with 11 hits, and sophomore Oeisha Jenkins was dominant on the mound, allowing three hits and an unearned run while striking out 11.

“It feels good to get back in that win column,” Callaway coach Ashley Summerlin said.

Summerlin gave a lot of credit to the hitters at the bottom of the lineup, including Makayla Davis and Acia Stephens, who each had two hits.

“I was especially proud of them,” Summerlin said. “They ended up getting four of our 11 hits.”

Lydia Bartlett had a double during a one-run second inning, and Kourtney Greer doubled and scored on a Davis base hit during the fourth inning.

In the seventh inning, Dukes and Jenkins got it started with back-to-back hits, and Skylar Rice followed with a double to bring in two runs.

Bartlett added an RBI single in the inning, and Kelly Carlisle also knocked in a run.

Summerlin said the defense was sharp throughout the game, and that Dukes, Carlisle and Rice each made some outstanding plays.