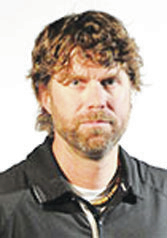 LAGRANGE – LaGrange College and Berry College have played twice, and both games have gone to overtime.

In 2014, it was LaGrange College surviving for a 28-27 win on its home field when a potential game-winning two-point attempt by Berry College failed.

A year ago, in the first-ever game in Berry’s new stadium, it was LaGrange College falling 16-13 in overtime.

This evening at Callaway Stadium, those two teams will get together for round three.

Both teams are coming off impressive opening-week performances.

For LaGrange College, it was a positive start to what head coach Matt Mumme hopes will be a bounce-back season.

The Panthers went 2-7 last season, and while they were competitive in nearly every game, they had a hard time finishing games off.

Against Birmingham-Southern, LaGrange College surged to the big halftime lead, and it didn’t let up in the second half.

“It was a really exciting night,” Mumme said on his weekly radio show. “I was really proud of my guys. We talked all week about what we wanted the game to look like, and just asked them to execute and to focus in on their jobs, and they did it.”

Recalling the difficulties LaGrange College had in the second halves of games last season, Mumme was encouraged by the way his team finished against Birmingham-Southern.

LaGrange College dominated the first half, scoring touchdowns on four consecutive possessions to take a 28-7 lead at the break.

Birmingham-Southern scored three touchdowns in the second half, but LaGrange College answered each time with a score of its own.

In the second half, Birmingham-Southern never got closer than 14 points.

Junior Connor Blair, looking extremely comfortable in his second season as the LaGrange College starting quarterback, had a big day, completing 28-of-39 passes for 384 yards with four touchdowns and no interceptions.

“He’s really come a long way, and it’s going to be fun to watch him this year and next year,” Mumme said.

Blair completed passes to 12 different players, including Lavelle Meeks, who had four catches for 136 yards with a pair of touchdowns.

Meeks had a 50-yard touchdown catch in the opening quarter that began the scoring.

Oge and Holmes each had a touchdown catch.

“They’re a talented group,” Mumme said of the receivers. “They’re going to be fun to watch the rest of the year. These guys are dangerous.”

LaGrange College, due in large part to an ability to pick up nice yards on first and second down, converted a stellar 10-of-13 third-down plays.

“We didn’t put ourselves into a lot of third-and-longs,” Blair said.

While LaGrange College is a pass-oriented team, it ran the ball effectively last week.

Holmes had seven carries for 47 yards, and Searcy had 39 yards on seven attempts with a touchdown.

Drew Lewiski chipped in with 25 yards on four carries, and he had a touchdown.

Defensively, LaGrange College delivered a strong performance in the first half as the team surged to a 21-point lead.

“Coach (Earl) Chambers and those guys did a tremendous job, and the defense did exactly what we wanted in the first half,” Mumme said.

When the game ended, the players enjoyed the moment, but Mumme said their attention quickly turned to today’s game.

Mumme’s message to the players was “let’s enjoy this one tonight, and let’s come back and let’s get focused on Berry, and they all said they were ready.”

“They were already to start working on Berry, and had already said this one’s in the bag and let’s move on,” Mumme added. “That’s signs of a good football team, and signs of maturity.”

Berry, which is under the direction of former LaGrange College defensive coordinator Tony Kunczewski, is also flying high following a one-point win over Maryville.

“They’re a smart football program,” Mumme said. “Their kids play smart, and they play hard. They’ll be tough. We’ll have to do some things on offense to make sure we stay on the field, and get after them on defense.”