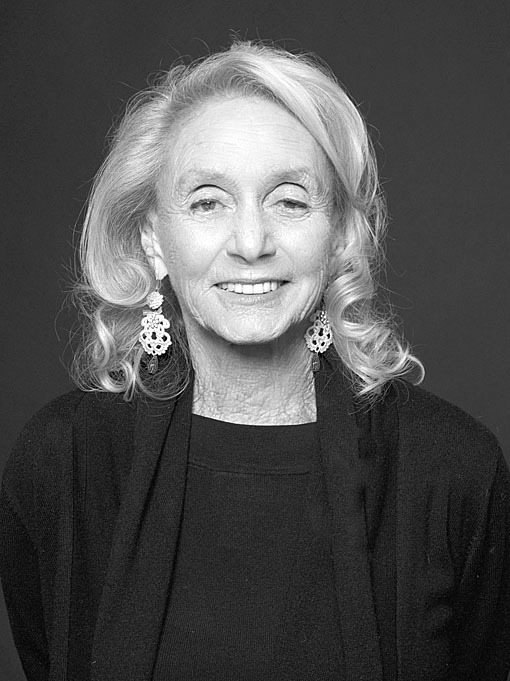 LaGRANGE — Poet, journalist and activist Rose Styron has been a champion of human rights for almost 50 years, working with groups such as Amnesty International and Human Rights Watch.

She will speak about her efforts during a talk at 11:15 a.m. Sept. 20 in Corn Auditorium in Lewis Library at LaGrange College. She also will give a poetry reading at 6:30 p.m. Sept. 19 at LaGrange Memorial Library. All events are free and open to the public.

Styron said she became involved in the struggle after a visit to the Soviet Union in 1968.

“My husband, Bill (William Styron, author of ‘Sophie’s Choice’) and I had been invited to an Afro-Asian writer’s conference,” she said. “He had just published ‘The Confessions of Nat Turner,’ and I had translated 20th century Russian poetry.”

While they were in Moscow, the Soviets were invading Czechoslovakia, she said.

“We were under heavy surveillance in Moscow, so we moved on to Tashkent (the next destination on the itinerary). We got to know writers from all over Africa and Asia, and heard tragic and dramatic stories of lives lived under various tyrannies.”

As soon as she returned to the United States, Styron traveled to Washington, D.C., to speak to legislators.

“I asked them if they knew what was going on in the gulags of the world,” she said. “They patted me on the hand and sent me home.”

A good friend and neighbor offered to take her to visit a new Amnesty International chapter that was being formed in New York City. She gave them her information and soon joined the board, going on missions from Latin America to Africa, Eastern Europe, Ireland and southeast Asia.

“So, I’ve been involved with them ever since,” she said. She headed AI USA’s 50th anniversary year in 2012.

In 2009 and 2010, Styron was a Fellow at Harvard’s Institute of Politics and its Carr Center for Human Rights. Harvard created a Fellowship in her name in 2016 and allowed her to choose the first Fellow.

“I chose a sophomore, a poet/activist named Ruya Gurneygan from Turkey,” she said. “We spent a bit of time together in Cambridge, then in New York during her summer at Amnesty’s office. Ruya returned to spend August with her family in beleaguered Istanbul, where I have been working (on the behalf of) political prisoners.”

“One of my favorite times recently was when I taught a seminar, ‘Art and Politics,’ at Harvard’s Kennedy School,” she said. “I invited 10 of my friends who were at the top of their games in one of the arts, diplomacy or political office and had some sort of crossover between writing, performing and involvement in public policy to talk about how they started out when they were my students’ ages. Most of the kids knew them only by name. It was wonderfully instructive for them and me. I believe the most popular weekly guests were Mike Nichols, Ken Burns, Carlos Fuentes, Mia Farrow and Gerry Adams.”

Styron has published four volumes of poetry, and her work has appeared in several publications such as the New York Review of Books, The Nation and The New Republic. Her interviews, book reviews and essays have appeared in American Poetry Review, The Paris Review, The Los Angeles Times, New York Times and Chicago Sun Times.

In the field of mental health, Styron contributed a chapter to “Unholy Ghost: Writers on Depression,” and has spoken at Johns Hopkins Hospital and Massachusetts General Hospital about William Styron’s depression and its impact on the family.

She has chaired the RFK Memorial’s Human Rights Award and PEN’s Freedom to Write committees.

Working with Meryl Streep, she co-chairs Poetry and the Creative Mind on stage at Lincoln Center on behalf of the Academy of American Poets each April, National Poetry Month.

Styron currently serves on the boards of the Academy of American Poets, the Association to Benefit Children and The Brain and the Boston Book Festival. She is an overseer for New York University’s Faculty of Arts and Sciences, and a member of the Council of Foreign Relations.

Her newest volume of poems is “Fierce Day.” She is currently working on a memoir.