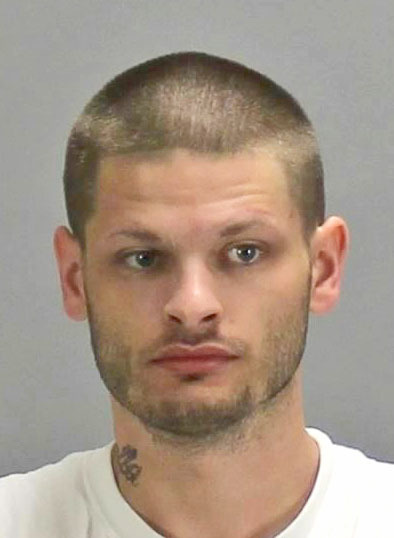 STOCKBRIDGE — Investigators with the Clayton County Police Department continue to search for the man they believe shot and killed a LaGrange man over the weekend.

Cary Raymond Duke Jr., 27, of Jonesboro, is wanted in connection to the shooting death of Joshua Norred, 36.

Norred was found unresponsive on a second floor balcony of the Stay Inn and Suites Hotel at 7465 Davidson Parkway in Stockbridge just after 8 a.m. Saturday, according to police officials. Norred was shot at least once and transported to a local hospital where he later died.

Witnesses saw two men leaving the location in a dark colored Ford Crown Victoria at the time of the shooting, investigators stated.

Detectives later found the car. They also spoke with two people of interest in the case who were helpful in their investigation, officials said.

Duke is described as a white male, about 6 feet 3 inches tall, 130 pounds with a tattoo on his neck. He is considered armed and dangerous, Clayton County Police investigators said.

Anyone with information on the case or knows Dukes whereabouts contact the Clayton County Police Department at 770-477-3550 or their tip line at 770-473-3513. Callers can remain anonymous.