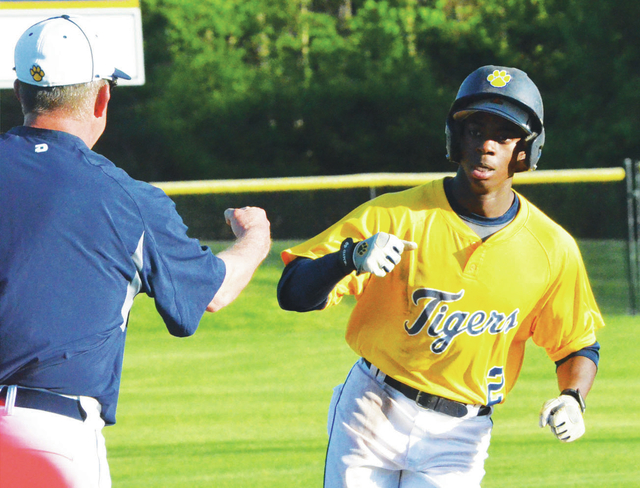 LAGRANGE – In August, Troup shortstop Ryan Bliss was one of more than 1,000 high-school players who participated in a USA Baseball tryout.

All of those players were hoping to earn a spot on the national team, but the odds of that were low since fewer than 10 percent of them were going to be selected.

Bliss is a special player, though, and that did not go unrecognized during the USA Baseball National Team Identification Series (NTIS) that took place from Aug. 10-28 in Cary, N.C.

On Monday, USA Baseball held a live announcement show where the names of the selected players were revealed.

One of those names was Bliss, and he will be represent USA Baseball during the Tournament of Stars in June, an event that will feature many of the top players in the country.

Of the names that were announced on Monday, only six of them were invited to participated in the Tournament of Stars.

Bliss, who will be a junior on the Troup baseball team next spring, was one of 1,271 baseball players who took part in the extensive training program in August.

It lasted more than two weeks, and the players competed in 242 games, and they were also evaluated in a number of drills.

After all of that, the USA Baseball committee members had all they needed to make their decisions, and Bliss was one of the players they chose to be a part of the various teams.

Bliss, who has verbally committed to Auburn, has enjoyed two successful season as Troup.

As a sophomore, Bliss helped lead Troup to a region championship.

Bliss was exceptional in the field, and in the regular season he hit .392 with a .515 on-base percentage, and he had 23 RBIs and a team-high 35 runs scored.

Troup’s Ryan Bliss has been selected to participate in the USA Baseball Tournament of Stars. Kevin Eckleberry | Daily News

http://lagrangenews.com/wp-content/uploads/sites/37/2016/09/web1_bliss2.jpgTroup’s Ryan Bliss has been selected to participate in the USA Baseball Tournament of Stars. Kevin Eckleberry | Daily News

Troup moves to 3-1 with blowout win