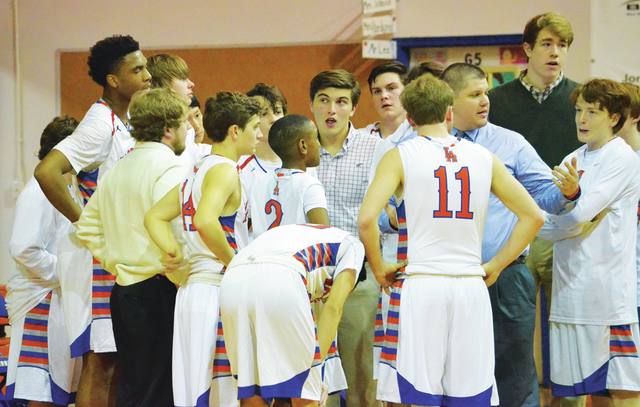 LAGRANGE – There was no hangover effect for the LaGrange Academy soccer team.

LaGrange Academy had the lead late in regulation of Monday’s game, but visiting Grace Christian notched the tying goal to force overtime.

If the Warriors were disappointed about losing that late lead, it didn’t show in their play.

LaGrange Academy notched a pair of quick goals in the first of two five-minute overtime periods, and they added another goal in the second overtime to claim a 5-3 victory.

“It was a good game. I’m proud of them,” LaGrange Academy coach Zac Knight said. “We’re learning and we’re growing.”

The Warriors (3-1) have hung tough and won every game but one, though.

After that loss, Knight got the players together for a film session that he said proved beneficial.

“We watched a little film last Friday, and they kind of got to see what they’re doing, and what they’re not doing,” Knight said. “That helped.”

In the first half of Monday’s game, each team scored one goal, with Mason Brown finding the net for LaGrange Academy.

It remained a 1-1 game until LaGrange Academy’s Pearson Knight scored late in the second half to give his team the lead.

With a few minutes remaining in regulation, that lead was wiped away with Grace Christian scoring to make it a 2-2 game.

LaGrange Academy had some looks at the net in the closing moments.

A shot from Brown hit the post, and Knight got a shot away in the final minute.

Neither ball went in the goal, though, so it was on to overtime.

Brandon Haynes, one of the team’s veterans, provided the go-ahead goal moments into overtime.

It didn’t take the Warriors long to add to the lead.

Haynes made a nice run at the goal, and he passed the ball to Knight, who banged the ball home for the goal to put the Warriors up 4-2, and that was the score when the first overtime ended.

In the second overtime, Grace Christian scored, and LaGrange Academy’s lead was down to one.

Finally, with less than a minute remaining, LaGrange Academy put it away when Emilio Del Toro scored to make it a 5-3 game, and that’s the way it ended.

Brandon Haynes made a goal early in overtime to give LaGrange Academy a lead it wouldn’t relinquish. Kevin Eckleberry | Daily News

http://lagrangenews.com/wp-content/uploads/sites/37/2016/09/web1_LGA1.jpgBrandon Haynes made a goal early in overtime to give LaGrange Academy a lead it wouldn’t relinquish. Kevin Eckleberry | Daily News