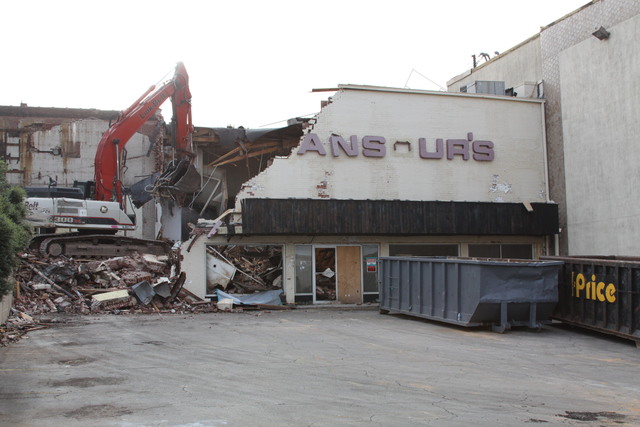 LaGRANGE — City Council on Tuesday approved a loan to the Downtown LaGrange Development Authority, clearing the way for the long-awaited downtown hotel project.

The loan allows the developers to build the hotel on the site of the old Mansour’s building. It codifies the tax allocation district, or TAD, deal to loan $2.8 million to the DLDA for development that will be repaid over 30 years through property tax.

“(The $2.8 million promissory note) is how the TAD is going to work,” said City Manager Meg Kelsey, “The city is going to give up that amount to the developer, and … the money will be given back through property taxes.”

Tuesday night’s meeting was the third meeting in a row where the council dealt with approvals necessary to move forward on the project. In a previous meeting, the City Council approved using the hotel TAD for funding and to make loans to tax authorities for proceeds. The council also previously designated the hotel TAD as an urban redevelopment site.

“I don’t know if anyone has had the chance to ride down Broad Street this week, but work has commenced,” said Mayor Jim Thornton at the meeting. “I’m told by Carmichael Company … that they started yesterday with what we all know as the G. Mansour’s building. That building is basically down. They are now cleaning up that area where it was, and then they will use that as the staging realm for the demolition of the main Mansour’s building.”

Demolition of the main Mansour’s building is expected to begin next week. After the buildings are demolished, the parking deck will be built first, followed by the hotel. The parking deck will be owned by the Downtown LaGrange Development Authority upon completion, and it will be available to the general public and hotel guests.

The next LaGrange City Council meeting has been rescheduled to Sept. 27 at 11 a.m. at City Hall due to scheduling conflicts.

Contractors demolish the Monsour’s buildings on Monday. The G. Mansour’s building has already been demolished, and the main building is expected to begin demolition next week.

http://lagrangenews.com/wp-content/uploads/sites/37/2016/09/web1_webManours.jpgContractors demolish the Monsour’s buildings on Monday. The G. Mansour’s building has already been demolished, and the main building is expected to begin demolition next week.