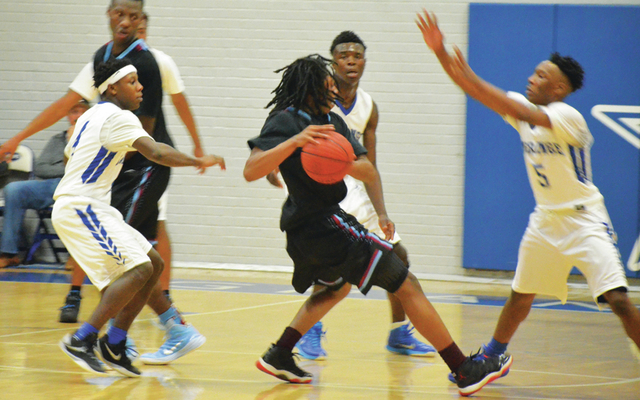 LAGRANGE – They took care of business.

Facing a pair of region volleyball opponents on their home floor on Tuesday, the LaGrange Lady Grangers handled Cedartown and Central-Carroll in straight sets.

After beating Cedartown in two sets, LaGrange finished the day by beating Central-Carroll 25-22 and 25-23.

LaGrange improved to 2-1 in Region 5-AAAA.

“We played very well today,” LaGrange coach Angie Newton said. “Our girls played well together. They were moving, they were talking, and they came together and played well as a team.”

In both matches, Newton said LaGrange was at its best toward the tail end of the sets.

“I was very proud for coming together and finishing strong,” Newton said.

Newton also said sophomore Hannah Holcomb “stepped up and did an excellent job.”

LaGrange was without one of its top players, and Newton said the other players picked up the slack.

“The girls that came off the bench did an excellent job of stepping up and had some really good passes,” Newton said.

Also on Tuesday, Troup’s volleyball team went on the road and beat Cartersville and Chapel Hill

Callaway was also on the road on Tuesday, and it beat Lamar County and lost to Temple.

Against Lamar County, Callaway won the first set 25-15, lost the second set 25-12 before claiming the third and decisive set 25-12.

“We fought hard,” Lafayette Christian coach Rene Gomez said. “The other team was clearly more physical on the front line than we were. They were taller than we were across the board.”

Gomez said his team struggled in the service department.

While Harvester didn’t have any service errors, Callaway had 12.

Gomez said Kaitlin Tucker had a strong game with six kills and is “emerging as our go-to hitter.”