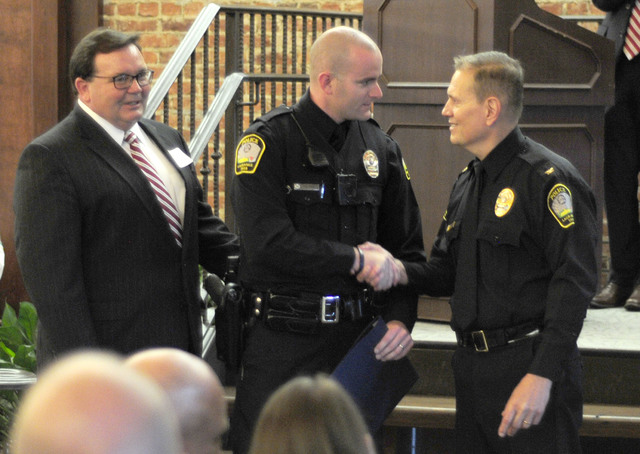 A recipient of the Bronze Medal of Valor on Tuesday was Officer Brady Pike from the LaGrange Police Department.

“While responding to a call, this honoree encountered an individual arguing with multiple people in a local park. Witnesses (alleged) the suspect had been exposing the private parts of a child that was in his care as well as his own private parts to children on the playground,” said Eric Blackman, Chamber board chairman. “Officer Pike asked the suspect to walk away from the others so that he could speak with the suspect. The suspect became agitated and acted aggressively.

Pike, with help, subdued the suspect until other officers arrived.

“For his bravery in action, the 2016 Bronze Medal of Valor is presented to Office Pike,” Blackman said.

The medal is awarded in situations where, during the course of an emergency, a public safety official or unit demonstrates extraordinary judgment in performance of duties.