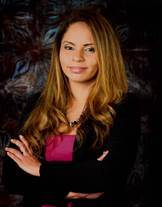 LaGRANGE — A city of Chamblee executive has been chosen as LaGrange’s new assistant city manager.

Teresa Taylor on Friday was named to the position and will assume the responsibility in early October, according to a press release from the city of LaGrange. Taylor has worked in city managers’ offices for the past four years.

“Teresa is a skilled team player who will work to get things done,” stated City Manager Meg Kelsey in a press release. “This is an important role for the city, and we are thrilled to have Teresa join us.”

Taylor has most recently served as the assistant to the city manager and communications manager for the city of Chamblee.

“In this role she increased citizen engagement through the roll-out of the city’s first mobile app, a service request tracker, a new resident welcome packet and an overhaul of the city’s bi-monthly newsletter,” states the city of LaGrange press release. “… She has strong leadership and communication skills, and is particularly skilled at developing organizationwide programs, public affairs, policy writing and community engagement.”

She holds a bachelor of arts degree from Emory University. She earned a master of public administration degree with a concentration in management and finance from Georgia State University. She completed ICMA’s senior executive institute at the University of Virginia’s Darden School of Business.

“It’s an exciting time to be joining the city of LaGrange,” Taylor said in a written statement. “There are many innovative projects and programs and I look forward to adding value to the city.”

Taylor replaces the position previously held by Kelsey, who was promoted to city manager on July 12.