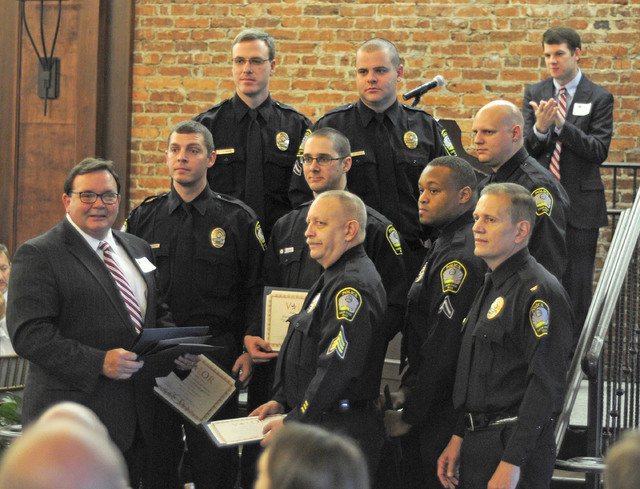 “This brave group of officers responded to a call with a male who was outside a house, stating that he was going to kill someone or they were going to kill him,” said Eric Blackman, Chamber board chairman. “Two officers were the first to respond and, after the suspect emerged from his home with two knives in his hand, requested backup; seven additional officers arrived on the scene.

“After repeated threats, an officer attempted to negotiate with the suspect for two hours, but he continued to be noncompliant. Following additional negotiations and a pursuit through the dark of night, the suspect was apprehended and transported to the hospital for treatment and a mental evaluation.”

Blackman said the officers received the award “in recognition of their courage, professionalism and commitment to protecting the community.”

The Silver Medal of Valor is awarded in situations when a public safety officer knowingly exposes himself to great personal risk in the performance of an official act.