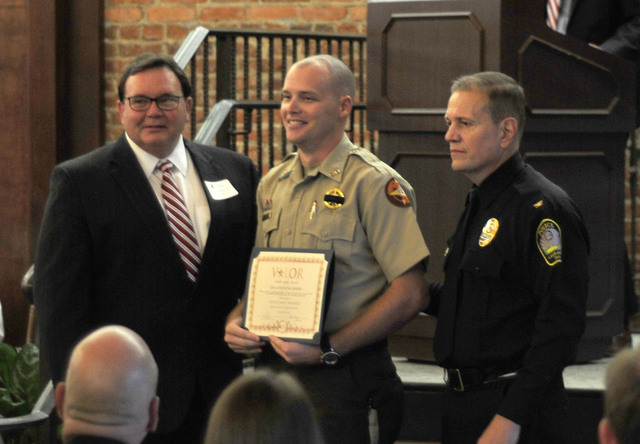 “Responding to a 911 call that a vehicle was facing the wrong direction on I-85, Deputy Mayfield found an unresponsive adult driver,” said Eric Blackman, Chamber board chairman. “After a forceful entry into the locked car, the driver was found to have no pulse and was not breathing. Deputy Mayfield removed the driver from the car, began CPR and used an AED (automated external defibrillator) device, continuing efforts until fire and EMS personnel arrived.

The driver was revived and continued to recover, Blackman said.

The Lifesaving Awards are presented to public safety officials or units in recognition of acts taken in a situation where an individual’s life is in jeopardy, either medically or physically.