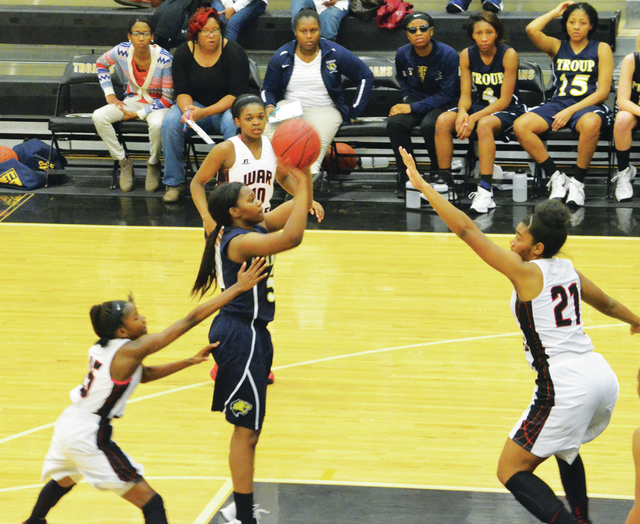 LAGRANGE – For the first time in at least a month, the LaGrange and Troup football teams had a week without a football game.

The Grangers and Tigers, in advance of the start of Region 5-AAAA play next week, were both off last week.

For LaGrange, the off week came at a good time following back-to-back shutout loss to Griffin and East Coweta.

Troup, meanwhile, is hoping the week off doesn’t slow its momentum.

Troup, after opening with a loss to Hardaway, has won three consecutive games to improve to 3-1.

LaGrange is coming off a tough two-game stretch against Griffin and East Coweta, and it lost those two games by a combined 93-0.

Griffin, which scored at least 51 points in each of its first three games, beat LaGrange 51-0.

The task wasn’t any easier the following week for LaGrange, which lost to East Coweta 42-0 at Callaway Stadium.

LaGrange head coach Dialleo Burks knows it’s tough to lose games in that fashion, but he has encouraged the players to keep their heads up.

“You get knocked down, and you’ve got to get back up,” Burks said after the East Coweta game. “That’s the thing when you compete. That’s what I was stressing to the guys. Just go out here and get it up for your teammates.”

LaGrange will begin its region schedule on Friday at Central-Carroll, which took an 0-3 record into last week’s game at Heard County.

While LaGrange has struggled a bit, Burks said he knows his team will also get an opponent’s best.

Troup will return from its off week to play Chapel Hill, which carried a 1-1-1 record into last week’s game against Whitewater.

“We’re pretty healthy, knock on wood,” Troup head coach Tanner Glisson said. “We’ve been blessed. We hit it so hard in the weight room in the offseason, and that has prevented a lot of injuries.”

The Troup Tigers will open their region schedule with a home game against Chapel Hill next week. Kevin Eckleberry | Daily News

Defense getting it done for Callaway