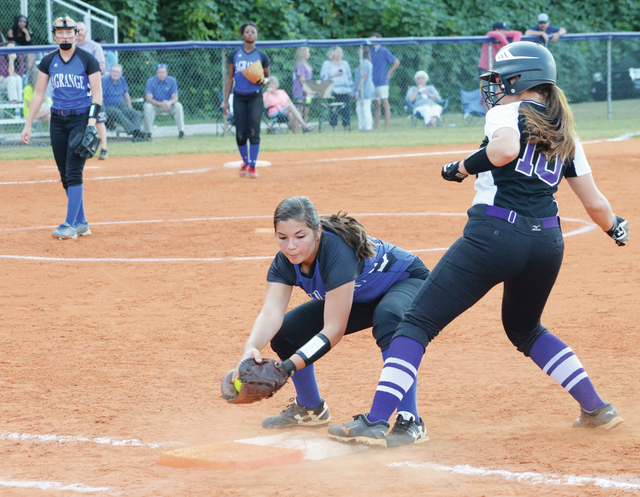 LAGRANGE – LaGrange hung tough for awhile, but it was a strong Chapel Hill team pulling away for a 9-1 victory on Thursday in a Region 5-AAAA softball showdown.

The game was tied 1-1 through two innings, and Chapel Hill was clinging to a 3-1 lead when it pushed five runs across in the fifth inning to take control.

Chapel Hill, which won a state championship last season and is in the midst of another big year, added a single run in the sixth inning to cap the scoring.

Destiny Fitzpatrick had two hits for LaGrange including a double and she scored her team’s only run, and Te’a Winston also had a hit.

Fitzpatrick led off with a double, and she scored when Shaq Sutton reached on an error.

Sutton, representing the go-ahead run, made it to second base, but she was stranded.

In the fourth inning, Fitzpatrick had a one-out single, and she made it as far as third base before the inning ended on a groundout.

LaGrange will be at home on Saturday for a region doubleheader against Cartersville, with the first game set to begin at 11 a.m.

In other softball on Thursday, Callaway dropped a Region 5-AA road game to Heard County.

It was a two-run game in the fifth inning, but Heard County ended up claiming an 8-0 victory.

Kelly Carlisle and Lydia Bartlett each had two hits for Callaway, and Acia Stephens and Makayla Davis had one hit apiece.

Callaway will continue its region schedule with a home game against Temple on Tuesday.

In private-school softball on Thursday, it was LaGrange Academy dropping a 7-0 home game to Heritage.

LaGrange outfielder Sydney Emerson gets in position to make a catch during Thursday’s game against Heritage. Kevin Eckleberry | Daily News

http://lagrangenews.com/wp-content/uploads/sites/37/2016/09/web1_academy1.jpgLaGrange outfielder Sydney Emerson gets in position to make a catch during Thursday’s game against Heritage. Kevin Eckleberry | Daily News

LaGrange’s Zykeria Brewer gets a bunt down during Thursday’s game.

http://lagrangenews.com/wp-content/uploads/sites/37/2016/09/web1_LHS4-30.jpgLaGrange’s Zykeria Brewer gets a bunt down during Thursday’s game.

LaGrange first baseman Kayla Montieth gets a tag down on a Chapel Hill player.

http://lagrangenews.com/wp-content/uploads/sites/37/2016/09/web1_LHS3-21.jpgLaGrange first baseman Kayla Montieth gets a tag down on a Chapel Hill player.