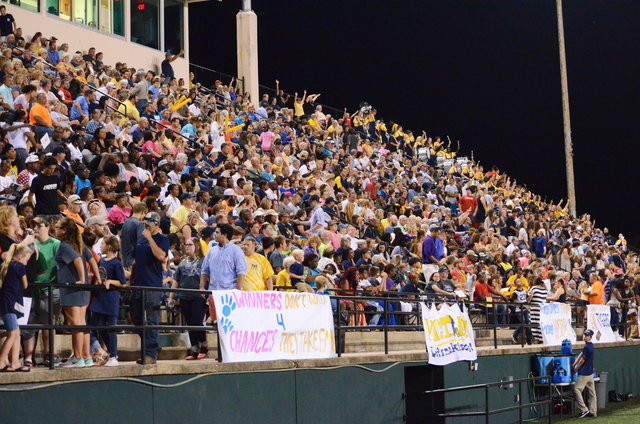 LAGRANGE – A week off didn’t slow down the Troup Tigers.

Troup jumped into its Region 5-AAAA schedule with an impressive 42-21 win over Chapel on Friday on homecoming night at Callaway Stadium.

The Tigers, who didn’t play last week, have now won four consecutive games to improve to 4-1, and they’ll look to keep it going when they visit the Sandy Creek Patriots on Friday.

Troup got it done in all phases.

Quarterback Montez Crowe had a pair of short scoring runs, and Camren Russell and Jackson Davis had touchdown runs as well.

In the first quarter, Macenta Stafford blocked a punt, and he recovered the ball and carried it into the end zone for a touchdown.

Chapel Hill hung tough and stayed within reach most of the game, but the night belonged to Troup.

“It was a good region win,” Troup head coach Tanner Glisson said. “That quarterback, he’s the real deal. He’s good. They’re going to give some people some fits. We’re glad to have that one under our belts. We made some plays on defense when we needed to. The blocked punt was big. Us taking the ball away from the quarterback (for the touchdown was huge).”

The victory is a continuation of what has been a turnaround season for the Tigers, who struggled to a 1-9 record a year ago.

The Tigers scored first, with Stafford coming through with the game’s first big play.

After Chapel Hill went three-and-out on its first possession, it lined up to punt.

Stafford came flying through and got the block, and he picked up the ball around the 5-yard line and scored the touchdown, and Carson Wreyford made the first of his six extra points.

It took Chapel Hill one play to scored its first touchdown.

On a first-down play, Walker took off running, and 74 yards later he was in the end zone, and the extra point tied it at 7-7 with 6:35 to play in the opening quarter.

Troup answered with a touchdown of its own.

Chanse Hill had a kickoff return to near midfield, and 10 plays later, Russell scored on a 1-yard run, and Troup led 14-7 with 2:55 left in the first quarter.

Troup extended its lead with a second-quarter touchdown, with Crowe scoring on a 1-yard run to cap a 60-yard drive and made it a 21-7 game with 6:43 left in the second quarter.

Russell had the big play on that drive, a 32-yard run to put the ball inside the Chapel Hill 10-yard line.

On its first possession of the second half, Troup pushed the lead to 21 points.

Chapel Hill got the ball first in the third quarter, but it had to punt when King Mwikuta came up with a sack on third down.

The Tigers took over at their over 48-yard line, and Crowe had a 21-yard run to put the ball on the Chapel Hill side of the field.

Martin had a 10-yard run, and Crowe scored on the next play from one yard out, and Troup led 28-7 with 8:46 to play in the third quarter.

The Panthers drove 80 yards for a touchdown, with Walker finding Kevin Burton for an 11-yard scoring pass on fourth down.

After its defense made a stop, Chapel Hill got the ball back at its own 19-yard line with a chance to further cut into the lead.

Instead, it was Martin chasing Burton down and taking the ball away from him at the 1-yard line, and he stepped into the end zone for the touchdown, and Troup’s lead was 35-14 with eight seconds to play in the third quarter.

Walker hooked up with Datren Bray for a 66-yard scoring pass, and with more than 11 minutes to play, Troup’s lead was 35-21.

Troup’s defense made sure that lead would stand up.

Chapel Hill’s final three possessions of the game each ended with a failed fourth-down attempt.

On Chapel Hill’s second-to-last possession, Troup’s Joko Willis had a sack on second down, and he knocked a pass down on third down.

After an incomplete pass on fourth down, Troup took over at the Chapel Hill 38-yard line.

Two plays later, Davis found daylight down the left sideline, and he scored on a 36-yard run, and Wreyford’s extra point capped the scoring.

Chapel Hill’s final possession ended with another unsuccessful fourth-down play, and Troup ran a kneel-down play to end it.

OF NOTE: For more on Friday’s game, including reaction from the players, check out Monday’s sports section. And for more photos, go to facebook.com/LDNsports

Troup’s Chanse Hill runs for daylight after catching a pass in the first half. Kevin Eckleberry | Daily News

http://lagrangenews.com/wp-content/uploads/sites/37/2016/09/web1_Hill.jpgTroup’s Chanse Hill runs for daylight after catching a pass in the first half. Kevin Eckleberry | Daily News

Troup’s Camren Russell had one of his team’s four touchdown runs.

http://lagrangenews.com/wp-content/uploads/sites/37/2016/09/web1_troup3-5.jpgTroup’s Camren Russell had one of his team’s four touchdown runs.

Troup’s Macenta Stafford blocked a punt and returned it for a touchdown.

http://lagrangenews.com/wp-content/uploads/sites/37/2016/09/web1_troup28.jpgTroup’s Macenta Stafford blocked a punt and returned it for a touchdown.

Kevin Martin stripped the ball from Chapel Hill’s quarterback and scored a touchdown in the second half.

http://lagrangenews.com/wp-content/uploads/sites/37/2016/09/web1_martin.jpgKevin Martin stripped the ball from Chapel Hill’s quarterback and scored a touchdown in the second half.

Troup’s Kevin Martin had a touchdown run in the fourth quarter.

http://lagrangenews.com/wp-content/uploads/sites/37/2016/09/web1_troup21.jpgTroup’s Kevin Martin had a touchdown run in the fourth quarter.

It was a packed house for homecoming night at Callaway Stadium.

http://lagrangenews.com/wp-content/uploads/sites/37/2016/09/web1_crowd.jpgIt was a packed house for homecoming night at Callaway Stadium.