LaGrange plays a pair of tight ones 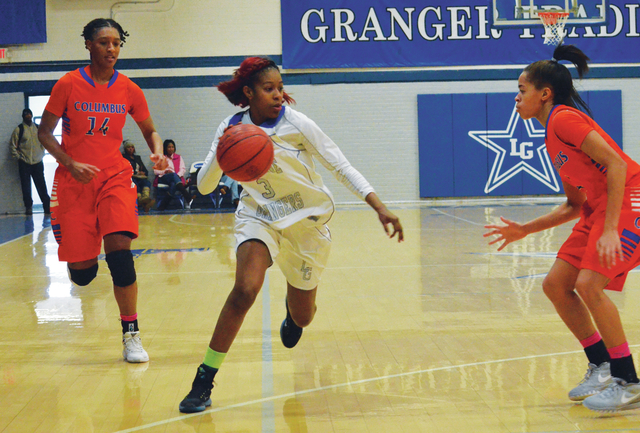 LAGRANGE – LaGrange High’s volleyball team kicked off a busy week with a pair of hard-fought matches that both went down to the wire.

LaGrange, which will also be at home today and Thursday, split its matches with Hardaway and Shaw on Monday.

Against Hardaway, LaGrange came out on the winning end, taking the first set 25-20 before finishing things off with a 27-25 win in the second set.

After prevailing against Hardaway, LaGrange’s players sat back and watched Shaw get the best of Hardaway in a close match.

LaGrange then ended the day against a Shaw team that features a roster full of players who participate in club volleyball.

“It’s a little tougher level, because they are playing that club level,” LaGrange coach Angie Newton said. “We played with them today.”

Newton said the most sizeable advantage Shaw had was at the net.

“The biggest thing we don’t have is the hitters the other teams have,” Newton said. “We’re playing as good as the other teams. We’re just not getting on top of it and drilling it to the floor like they are.”

LaGrange and Shaw went back-and-forth for much of the first set.

Chloe Beall had a kill to give LaGrange a 12-11 lead, but Shaw scored the next two points to go up by one.

Another kill by Beall, and kills by Caitlin Morman, allowed the Lady Grangers to pull even each time the Lady Raiders went ahead by a point.

The second of Morman’s two kills made it a 15-15 game, but Shaw took over from there, scoring eight consecutive points to go up 23-15.

LaGrange made one final charge, scoring three straight points, with Madison Lewis capping that mini-run with a kill to trim Shaw’s lead to 23-18.

Shaw scored the final two points to secure the 25-18 win, though.

LaGrange started quickly in the second set, running out to a 6-2 lead.

Morman and Beall each had kills, and Aleea Barreras had a pair of service winners during a 5-0 run.

Back came LaGrange with four consecutive points, and Beall and Morman both had blocks during that run, and Lewis had an ace.

It remained tight from there.

Shaw led by as many as three points, but LaGrange hung in there.

The deficit was two when Barreras went to the floor and made a save, and she then accepted and pass and delivered a winner to cut Shaw’s lead to 23-22.

It was tied 24-24 when Ava Smith had a service winner, and LaGrange was ahead 25-24, and it needed one more point to win the set.

Shaw scored the final three points to secure the 27-25 win.