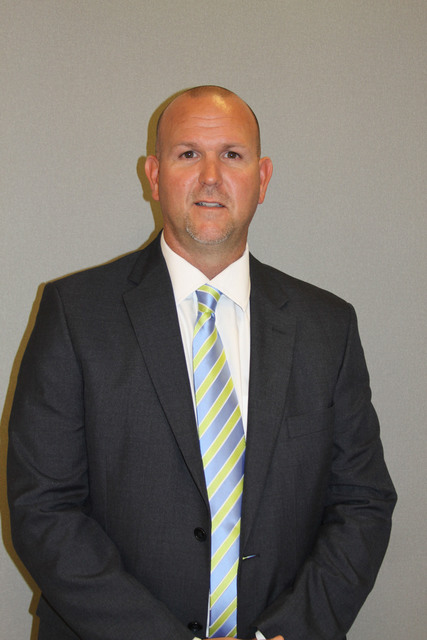 Before coming to LaGrange, Rhodes was a director for the Parks Department in Peachtree City for six years. He was a program coordinator for the department for more than 10 years before that.

Rhodes’ department sponsored 72 recreation programs in Peachtree City in 2015, including summer camps, according to a statement in a Peachtree Council meeting earlier this year.

Rhodes’ experience with Peachtree City’s roughly 90 miles of multi-use paths may come in handy in the near future as the city of LaGrange begins its installation of The Thread trail beginning downtown and weaving past the recreation center. The City Council expects for the main section of the trail to be completed within the next five years according to Council’s Tuesday meeting.

“I’m really excited for some of the challenges we have here,” Rhodes said at the reception before clarifying that he wants to settle into the new position before he does anything. “… I just want to get in here and learn.”

Rhodes said he has no major plans for the Parks and Recreation Department currently, hoping to simply lend “a fresh set of eyes on everything.”

The new director of the Troup County Parks and Recreation Department, Cajen Rhodes, was recognized at a reception held at the Mike Daniels Recreation Center on Tuesday.

http://lagrangenews.com/wp-content/uploads/sites/37/2016/09/web1_web0929Rhodes2.jpgThe new director of the Troup County Parks and Recreation Department, Cajen Rhodes, was recognized at a reception held at the Mike Daniels Recreation Center on Tuesday.