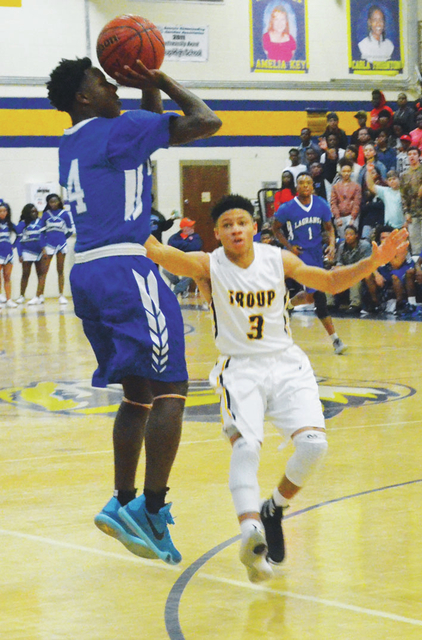 Perry was an all-state quarterback for the LaGrange Grangers last season, but he hasn’t yet played this year while he recovers from hip surgery he had during the summer.

Perry’s hiatus will end tonight as he takes the field for LaGrange’s Region 5-AAAA game against Cedartown at Callaway Stadium.

LaGrange head coach Dialleo Burks said Perry has been practicing at full speed for two weeks, and that he’ll be ready to go tonight.

Perry had a phenomenal 2015 season as LaGrange’s quarterback, and he was going to be the centerpiece of this year’s offense.

The injury and ensuing surgery meant Perry wouldn’t be ready by the start of the season, but he’ll be able to play in the final five games of the regular season.

Perry returns as LaGrange is coming off a 30-12 win over Central-Carroll in its Region 5-AAAA opener last week.

LaGrange’s offense had its best performance of the season, with Jakoby Smith throwing a pair of touchdown passes to Jamari Thrash.

Amad Ogletree, one of three quarterbacks Burks has used this season, ran for nearly 150 yards against Central-Carroll with a touchdown, and Cornell Kendrick also had a scoring run.

Cedartown is 0-1 in the region, but that loss came against Cartersville, the state’s top-ranked team and the defending state champion.

The return of Perry gives LaGrange a dynamic play-maker who is capable of scoring on any play.

A number of other previously injured players are also back for the Grangers, who are as healthy as they’ve been all season.

Burks said Cedartown isn’t a team that can be overlooked, though.

“They had a lot of success versus Cartersivlle,” Burks said. “They’re thinking we can play with anybody. We don’t want to let our guard down and come into the game under-estimating anybody.”

Also today, Troup (4-1 overall) will put its 1-0 Region 5-AAAA record on the line when it visits Sandy Creek, which is ranked fourth in the state.

It’s a big challenge for the Tigers, who have won four straight games since a season-opening loss to Hardaway.

“We feel pretty good about where we are, and we’re continuing to get better,” Troup head coach Tanner Glisson said.

Callaway (5-0) is off this week, and it will open its Region 5-AA schedule next week against Lamar County.