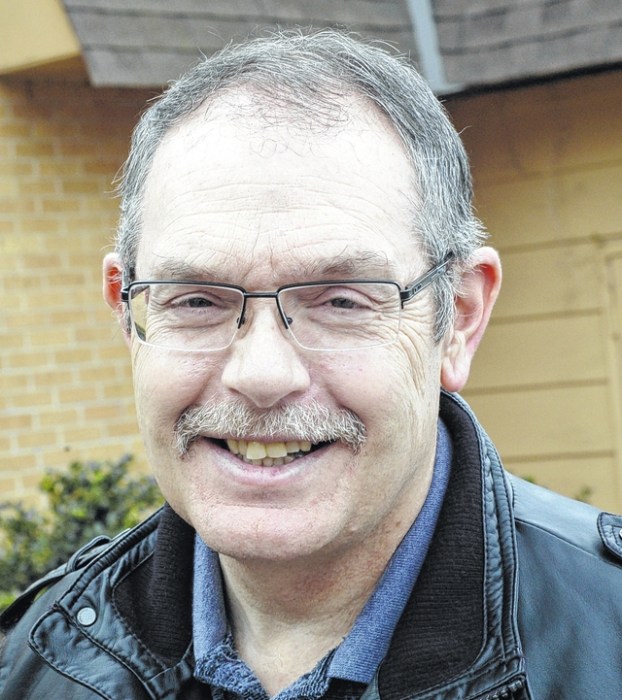 September heralds one of nature’s last big flower shows. Pastures and roadsides are adorned with the brilliant displays of the goldenrod.

Goldenrod belongs to the aster family, asteraceae and its genus name is solidago. There are about 100 different species of goldenrod.

Goldenrod takes a lot of blame for causing allergies. Common ragweed blooms at the same time and is the real culprit.

Ragweed doesn’t have beautiful yellow blossoms to attract pollinators. Ragweed uses the wind to pollinate. Wind pollination is a chancy thing so consequently, the ragweed flowers release billions of pollen particles to the wind, which causes lots of sinus problems.

The green, inconspicuous ragweed doesn’t attract any attention from the allergy sufferers who are looking for a plant to blame. The goldenrod is easy to spot and it takes the rap.

On the other hand, goldenrod attracts pollinators by the score. Its sticky pollen readily attaches to the bees frequenting the flowers.

The pollinator’s predators are also there – the wheel bugs and flower crab spiders. These guys like to ambush the pollinators as they arrive to collect nectar. Blister beetles also like to hang out on goldenrod blooms until they migrate to damage alfalfa fields.

This native species can be spotted all over North America and Mexico. It’s considered invasive in Europe and other parts of the world. The perennial goldenrod has a spreading root system, which may make it a troublesome addition to the garden. British gardeners don’t mind the limitations and appreciate it much more than Americans.

Native Americans considered goldenrod a medicinal plant. Many early settlers considered it an herb and following the example of Native Americans used it as such. One thing to watch out for is that the texture of the plant may cause allergic reactions to some.

Europeans use it to treat urinary tract inflammation, treat kidney stones and prevent kidney stones. Some use it as a throat and mouth rinse to treat inflammation of the throat. It has also been used as a diuretic to get the body to rid itself of excess fluid. It’s genus, solidago, means “to make whole.”

As fall moves into winter, enjoy the blooms of the goldenrod along our roadsides and pastures. Nothing can paint prettier picture than Mother Nature.

Oct. 8: Harvest Fest will be held at Tractor Supply from 8 a.m. till noon. Come on out and support our local farmers and craftsman.

Columnist: Having a different kind of spirit

A friend told me about a little boy named Jamie Scott. Jamie was trying out for a part in his... read more