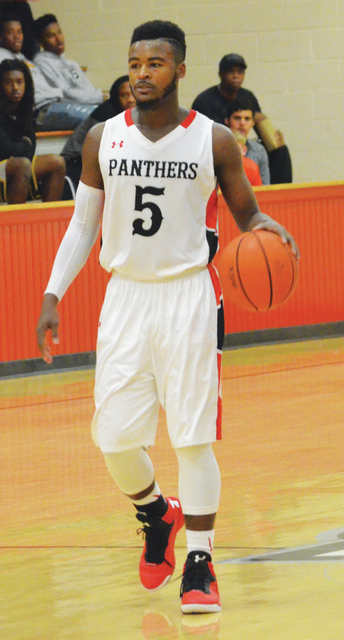 The LaGrange College Panthers (2-1) will begin their quest for a conference championship when they host the Averett (Va.) Cougars today, with kickoff set for 5 p.m. at Callaway Stadium.

It will be the first of seven consecutive conference games for the Panthers.

The prize awaiting the conference champion is an automatic invitation to the NCAA Division III playoffs.

First up for LaGrange College will be an Averett team that opened with a 38-28 win over Hampden-Sydney before falling to Randolph-Macon 44-10 and Guilford College 30-28.

LaGrange College began its season with a 47-27 road win over Birmingham Southern before losing to Berry College 52-27 at home.

In its final game before an off week, LaGrange College handled Ave Maria 54-17 in a road game in Florida.

Averett isn’t expected to be one of the title contenders in the conference and it was picked to finish sixth in the preseason poll, but it’s a game that has LaGrange College head coach Matt Mumme’s full attention.

Averett is under the direction of head cocah Cleive Adams, who is in his third season at the helm.

“We’re going to have our hands full, and we’re going to have to get ready for them,” Mumme said on his weekly radio show. “(Adams has) done a really good job of changing the scope of Averett, changing what they look like. The athletes they’ve got on the field are good players. A few years ago you would have said LaGrange would be able to walk into it and win. But, he’s done a tremendous job.”

LaGrange College hasn’t played since the Ave Maria game on Sept. 17, giving it plenty of time to prepare for today’s game.

“In the off week, we had a couple of extra days to get ahead, and we got a jump on the game plan for Averett,” Mumme said. “I told the guys, we are going to have to work hard, we’re going to have to stay focused and get our minds right for that game.”

Mumme said the 18 seniors are doing a great job of making sure everyone stays focused on the task at hand.

“We’re 2-1 right now, but they’re voice of the team has been, coach, it’s just 1-0 this week, and that’s all we’ve got to focus on,” Mumme said. “I’m proud of them that that’s where our focus has been. They know each day, it’s all about Averett right now. It’s not about looking to next week. It’s not about looking two weeks down the road. It’s what are we going to do this weekend to make sure we’re taking care of business.”

Averett will have to contend with LaGrange College’s high-powered passing attack.

Junior Connor Blair has looked right at home in his second season as the Panthers’ starting quarterback, and he is putting up huge numbers in Mumme’s pass-oriented offense.

Blair is completing 66 percent of his passes, and he’s averaging 421 yards per game with 11 touchdowns and four interceptions.

In what has become a trademark of Mumme’s offense at LaGrange College, a bunch of different receivers are getting involved in the passing game.

Fourteen Panthers have caught at least one pass, and 12 of those players have two or more receptions.

A pair of players who have been getting it done for years at LaGrange College, Josh Hardrick and Marsalis Jackson, are the two leading receivers.

Hardrick has 15 catches and three touchdowns, and Jackson has 13 receptions.

Lavelle Meeks has 11 catches, including three for touchdowns, and veteran receiver Ervens Oge has eight catches and two touchdowns.

Jamarkis Holmes has been a threat out of the backfield with seven catches and two touchdowns, and Markeis Levatte has seven receptions as well.

While the passing game is the bread and butter of LaGrange College’s offense, the team has been effective on the ground as well, with Holmes, Nicholas Searcy and Drew Lewiski having run for nearly 300 yards between them.

Holmes leads the way with 121 yards,and he has an impressive average of 6.4 yards per carry.

LaGrange College’s defense has received a lift from junior linebacker Khary Paige, who has made a huge impact in his first season as a Panther.

Paige leads the team with 26 tackles, including 21 solo stops, and he has two tackles for loss.

Veteran defensive back Brandon Penn has 16 tackles, and linebacker Shamar Slappy has 13 tackles with a sack.

A pair of defensive linemen, Edward Wright and Royce Owens, both have 13 tackles, and Owens is tops on the team with 4.5 tackles for loss.

Linebackers Rodney Simon and Blair Lampkin have 12 and 11 tackles, respectively, and they’ve combined for 5.5 tackles for loss.

In the kicking game, Zachary Kudwa has made all five of his field-goal attempts, and he’s 15-of-18 on extra-point attempts.

Averett’s forte is its running game.

Sean Bowman is having a strong season with 362 yards on 53 carries with three touchdowns, and Travis Jones has 104 yards with a touchdown.

Quarterback Kelly Hall has been efficient, completing 63 percent of his passes for 628 yards with five touchdowns and no interceptions.

Perfect first half for Cavaliers