Man sentenced to 20 years in prison 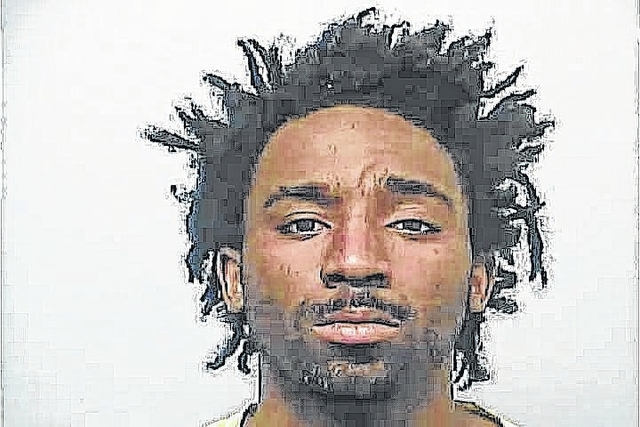 LaGRANGE — A man accused of breaking into his ex-girlfriend’s home and shooting her in the face pleaded guilty to the crime and numerous charges against him in a Troup County Superior Courtroom.

Joseph Hicks, 25, was sentenced by Judge Travis Sakrison to 20 years behind bars, 300 hours of community service, plus an order to stay away from the victim and her family, stated Coweta Judicial Circuit District Attorney Pete Skandalakis.

Hicks gained entry into his 24-year-old ex-girlfriend’s home in the 900 block of Baldwin Street on March 22 by disguising his voice as a woman’s, stated Skandalakis.

He then ran upstairs where his ex-girlfriend was changing her baby’s clothing and began to beat her, Skandalakis said.

Another man tried to intervene, but was stopped when Hicks pointed a gun at him, a news release stated.

The woman escaped from the home, but tripped and fell on the sidewalk. Hicks followed, stood over her with a gun and shot her in the face, Skandalakis stated.

The 24-year-old woman was airlifted to a Columbus hospital, stated LaGrange Police Lt. Dale Strickland in a LaGrange Daily News article on March 24.

Hicks was still inside the home when LaGrange police officers arrived at the scene and taken into custody, Strickland added.

Troup County Assistant District Attorney Brett Adams requested Sakrison sentence Hicks to 25 years behind bars to serve 20, with special conditions of court costs and 300 hours of community service, according to a news release. Adams also requested the judge order Hicks to stay away from the victim and her family.

Rhodes asked Sakrison to sentence his client to five years behind bars, the news release stated.

The judge sided with the state’s recommendation for sentencing and noted the brutality of the crime plus Hicks’ lack of remorse in the courtroom, said Skandalakis.

The victim was in the courtroom during sentencing, he added.

“She was pleased with the result,” Skandalakis said. “I’m glad we were able to have this resolution for her. … I am especially pleased that we brought justice to the victim … and that she will be safe from Mr. Hicks for years to come.”

The LaGrange Daily News reached out to Hicks’ defense attorney for comment. Calls were not returned as of press time.