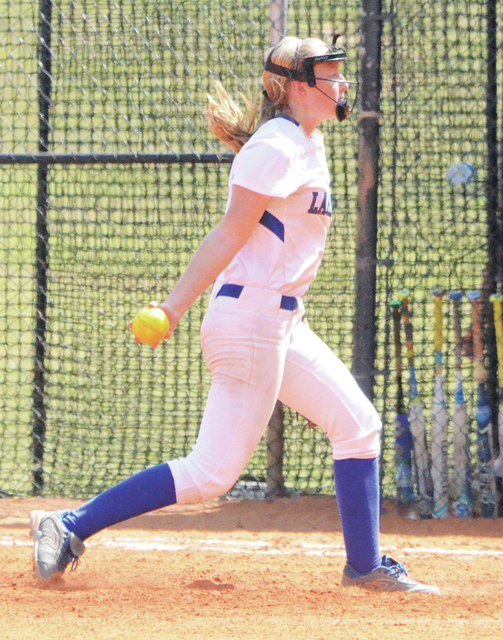 The LaGrange Lady Grangers lost the opening game of their Region 5-AAAA playoff series to home-standing Cartersville 2-1 on Saturday, and their backs were against the wall.

In the second game of the softball doubleheader, LaGrange bounced back for a 5-4 win, setting up a winner-take-all game today.

Cartersville will host LaGrange at 5:30 p.m., and the winner will qualify for the region semifinals while securing a spot in the state playoffs.

For the loser, the season will be over.

In Saturday’s final game, LaGrange was down to its final three outs when it scored three runs in the seventh inning to rally for the dramatic win.

Cartersville was ahead 4-2 when LaGrange came to the plate in the bottom of the seventh, needing at least two runs to keep its season alive.

After LaGrange had rallied to tie it, it was Hannah Karcher coming through with the RBI base hit to give her team the walk-off win.

Moments before, senior Lauren Kuerzi’s two-run double pulled LaGrange even, and she came around to score the winning run on Karcher’s hit.

Katelynn Mobley got the inning started with a single, and Kayla Montieth reached on an error, setting up Kuerzi’s game-tying double.

LaGrange scored single runs in the first and fourth innings.

Mobley finished with two hits for LaGrange, and Karcher, Fitzpatrick and Kuerzi also had hits.

Karcher pitched and got the complete-game win.

Cartersville pushed a run across in the bottom of the fourth inning to take the lead, but LaGrange answered with a run in the top of the fifth.

It remained a 1-1 game until Cartersville scored the winning run in the eighth inning.

Karcher was terrific, giving up just one earned run, but it was Cartersville taking the win on a ouble in the eighth inning.

Destiny Fitzpatrick had a pair of hits for LaGrange, and Mobley also had a hit, and she had her team’s lone RBI.

LaGrange’s Lauren Kuerzi had a two-run double in the bottom of the seventh inning to pull her team even with Cartersville’s in Saturday’s region playoff series. Kevin Eckleberry | Daily News

http://lagrangenews.com/wp-content/uploads/sites/37/2016/10/web1_LHS-kuerzi2.jpgLaGrange’s Lauren Kuerzi had a two-run double in the bottom of the seventh inning to pull her team even with Cartersville’s in Saturday’s region playoff series. Kevin Eckleberry | Daily News