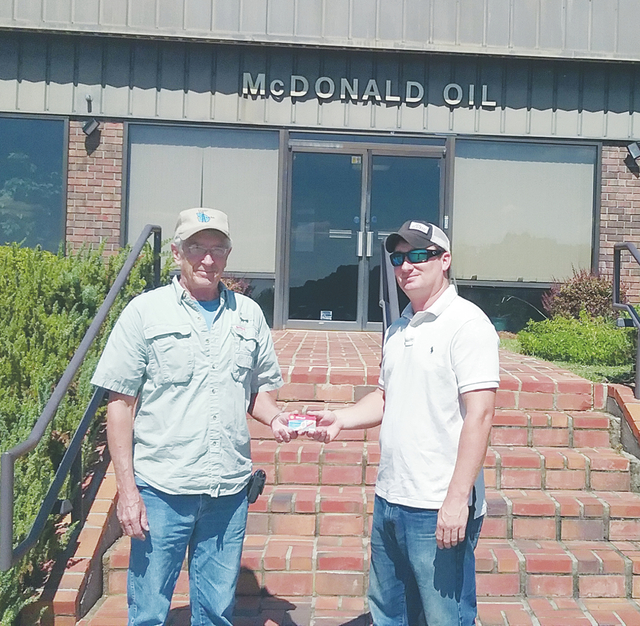 The West Point Lake Coalition, with the support of McDonald Oil Company, recently completed another successful raffling of Shell gasoline to raise money for the continuing support of the WPLC-sponsored solar lighting of buoys on West Point Lake.

The WPLC initiated the solar buoy light program several years ago. WPLC has furnished red and green lights to identify the main channel, white lights to mark bridges and other potential hazards, and to identify various other important navigational aids on the lake.

Initially, lights were only installed on the main river channel, but have subsequently been added to three or four main creek tributaries. These lights have greatly enhanced nighttime safety on the lake, and have been greatly appreciated and enjoyed by both fishermen and recreational boaters, according to a press release.

“It is costly to maintain these lights in good working condition, and WPLC would like to again thank McDonald Oil for their support in helping finance this project,” stated a spokesperson. “We also thank the Callaway Foundation for their support, and the Corps of Engineers and their maintenance group, the Anderson Company for their invaluable help in maintaining the lights.”